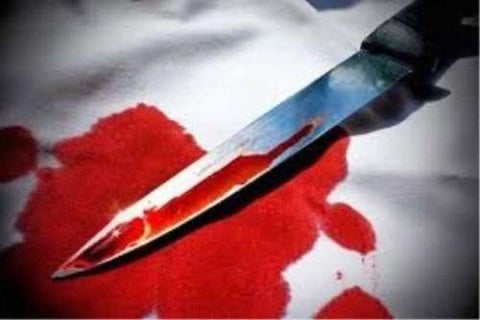 A middle-aged woman has been stabbed to death after a misunderstanding with a 17-year-old female neighbour at Shekar Maidaki Quarters, Kumbotso Local Government Area of Kano State.

The suspect, Asha Kabiru, was said to have stabbed the deceased, who was aged 28 at the time of her demise, on the back of her neck, leaving her in a pool of her blood. She victim was then rushed to the Murtala Muhammad Specialist Hospital. Kano, but eventually died a few days later.

It was gathered that Kabiru who resided at the same address with the victim, fled after committing the alleged crime.

Sunday Sun learnt from the Police Public Relations Officer of the Kano State Command, DSP Abdullahi Umar Haruna, that nemesis caught up with the culprit, when police detectives tracked her down to a hideout at Zawachiki Quarters in the state capital, where she was arrested.

“During interrogation, the suspect confessed that she had misunderstanding with the deceased which led to a fight. Neighboured settled the quarrel, but the culprit later picked up a knife and stabbed the deceased.”

He said that the Commissioner of Police, CP Sama’ila Shu’aibu Dikko had directed that the case be transferred to the Homicide Section of the State Criminal Investigation Department of the Command, assuring that the suspect would be charged to court upon completion of investigation.