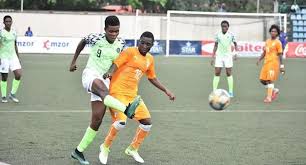 Nigeria’s senior women’s team Super Falcons, were early Thursday morning detained for four hours by the officials of the Nigeria Center for Disease Control (NCDC) on their arrival from Cote d’Ivoire.

The ugly incident happened barely hours after the team qualified Nigeria for her 12th Africa Women’s Nations Cup (AWCON) appearance with a 1-0 victory (3-0) on aggregate defeat of the Lady Elephants of Cote d’Ivoire in Abidjan Wednesday.

The players and officials had arrived the Nnamdi Azikiwe International airport by 12:30 am Nigerian time, but were held hostage by the NCDC officials who demanded for fresh COVID-19 tests.

Confirming the embarrassing incident to Daily SUN Sports, media officer to the team, Oluchi Tobex Chukwu disclosed that the team was held for four hours by the officials despite showing their COVID-19 vaccination cards.

In a viral video, some of the tired players were seen crying, while some were lying on the airport floor.

The Super Falcons coach Randy Waldrum could not hide his anger either as he described the whole situation as frustrating and a complete ‘nonsense’.

He said: “This is very frustrating, we had a two-hour flight from Ivory Coast and we have been in this room for almost two and a half hours.

“It is very frustrating to come back home and the players have to go through this. This is nonsense, all these COVID rules… we have already taken the test multiple times to be able to play the game, so I don’t really understand it, but it is very frustrating”

This is a new low for the ladies, being detained unlawfully in their own country, but it isn’t the first time the Super Falcons have faced embarrassment while on international duty. In 2019, the Super Falcons were verbally attacked by a Nigerian man while they made use of a public train in Vienna, Austria.