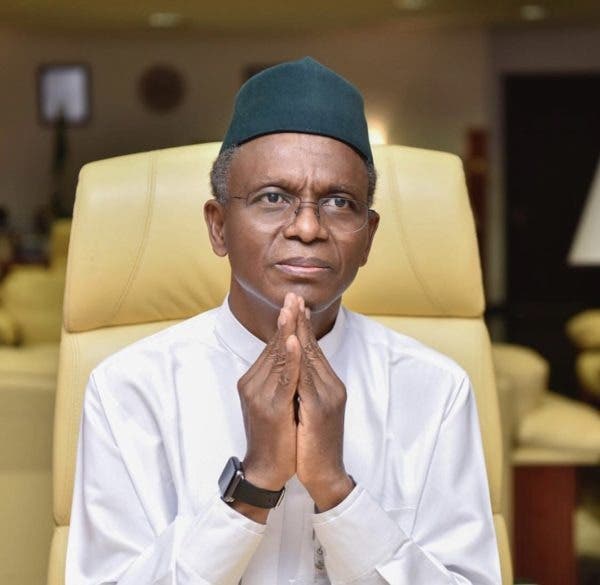 The Kaduna State Government (KDSG), has reacted to the notice of strike issued by labour unions, saying it would not succumb to blackmail.

The News Agency of Nigeria (NAN) recalls that the Organised Labour had issued notice of five days warning strike beginning from May 17.

The strike is over alleged refusal of the state government to follow laid down rules in the recent sack of some civil servants.

The government, however, gave the warning at a press conference on Saturday in Kaduna, addressed by the state Head of Service, Bariatu Muhammed, and the Commissioner, Local Government and Chieftaincy Affairs, Alhaji Jafar Sani.

It dismissed the threat by labour unions to shut down critical services as a futile gesture, warning that it would not condone any disruption of essential services in the state as a result of the strike.

The government also said that the warrant of arrest it issued in 2017 of the President of the Nigeria Labour Congress (NLC), Ayuba Wabba still subsists, over alleged vandalism of government facilities.

According to the government, the trade unions planned to use hoodlums during the strike to disrupt the peace of the state and had notified security agencies to take action.

“As is appropriate, the security agencies have been notified of the plans of some trade unionists to recruit hoodlums, including from other states, to create a destructive spectacle and further their self-serving narrative about public service jobs and insecurity.”

The government insisted that the sack of civil servants was necessitated by dwindling revenues.

“Thus, it is not sustainable to persist in spending 84% to 96% of its FAAC receipts on salaries and personnel costs as has been the experience of the state since October 2020.

“This government was not elected to devote most public funds to paying government workers and treat that as its defining governance mission, to the detriment of developing the state and its people.

The government explained that the rightsizing of the public service would affect political appointees and civil servants.

“The necessary verification of credentials for full implementation of this painful but necessary decision is still being done.

“It has not determined the total number of officers that might be affected by the decision. Neither has it stopped paying the minimum wage, despite the prompting of the denizens of sentiment who have urged it to suspend payment and thereby violate the national Minimum Wage Act.

“The Kaduna State Government prefers to take lawful and rational steps that are within its powers to rightsize its personnel and thereby reduce its wage bill.”

It stressed that it would not,  therefore, succumb to the “veritable campaign of lies and misrepresentation” by the trade unions on the matter.

The state government claimed that it “has been assured by some trade unions that they will not be part of the planned sabotage of social and economic life.”

According to the government, the strike was to sabotage the state and called on residents of to resist it and do their utmost to protect public facilities.

It noted that the Trade Union Act prohibits strike action by workers engaged in the provision of essential services.

“The law also forbids subjecting “any other person to any kind of constraint or restriction of his personal freedom in the course of persuasion” for strike action”, it added.

The government reiterated that the ban on public processions was still in force in the state, and vowed to protect its facilities and the right of its staff to access and work in their offices.

“It is unlawful for anyone to try to deny them access or exit. Government offices are not the property of any trade unionist and none of them should entertain thoughts of locking up or vandalizing any facility.”

The government disclosed some of its workers-friendly policies to include payment of the new minimum wage and training for civil servants.

“Kaduna is also one of the states that is most faithful in implementing the Contributory Pension Scheme, effective from 1st January 2017”.

“The state has also courageously attempted to settle the N14 billion it inherited as arrears of death benefit and gratuity from 2010, commencing payments with those who had exited service the longest.

“Since 2015, KDSG has paid over N13 billion in death benefits and gratuity.”

It added that apart from teachers and health workers, the government has continued to recruit required professionals for its agencies.

“This government has demonstrated in action, its commitment to the welfare of its workers, but it insists that this is sustainable only in the context of the general welfare of residents of the state that the government itself is mandated to serve”.