The Academic Staff Union of Universities (ASUU) has advised the federal government to stop engaging in seemingly elusive promises and be courageous enough to honour its agreement with the union to save the country’s university system from collapsing for the sake of the Nigerian child.

ASUU Chairperson, Joseph Sarwuan Tarka University of Agriculture Makurdi (JOSTUM), Prof. Simon Ejembi gave the advice in a statement he jointly signed with the Union’s Secretary, Dr Joel Bosha and made available to newsmen in Makurdi on Tuesday afternoon.

The Union regretted that the federal government is yet to take action on some major issues contained in the Memorandum of Action (MoA) that was signed between it and ASUU on December 23, 2020.

ASUU said after it suspended its nine-month-old strike in 2020, some of the targeted critical issues which the MoA seeks to address include UTAS and IPPIS, Earned Academic Allowance (EAA) accruing to members, funding for the revitalisation of public’s universities, State universities as well as signing and implementation of the renegotiated draft 2009 agreement.

“Afterwards, government finds it convinient to make elusive promises to ASUU. One wonders why government will resort to promising again that it will fulfil its promises.”

The statement, while noting that the foul cries from all government parastatals against the ills of IPPIS is a vindication of ASUU’s position against it (IPPIS), further urged the federal government to be courageous enough to make real its promises of encouraging local content in its national economic development policy.

“UTAS is one hundred percent homegrown by academics in Nigerian Universities and at no cost to federal government. Why is federal government insisting on paying for products which it’s experts can and have willingly developed for free?”

On the renegotiation and implementation of the 2009 FGN-ASUU agreement, the statement noted that a committee was set up to look into that and has since completed its assignment but lamented that the federal government is again becoming evasive and shying away from signing and implementing the renegotiated agreement.

It added that ASUU has since played its part in the the area of providing enabling law to prevent the proliferation of state universities but wondered why the federal government is still granting licenses for the establishment of more state universities without corresponding funding. 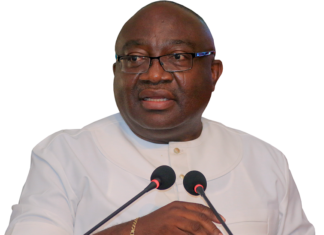