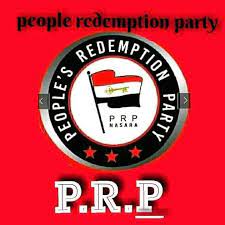 The Secretary of the Peoples Redemption party (PRP), in  Kano State, Bala Mohammed Inuwa has charged women and youths in Nigeria to desist from habit of begging for political space and opportunities, saying that nobody gives out power without a fight.

Speaking at the Media Launch of WE-YOU Project in the state, Wednesday, he offered that rather than beg, they should get fully involved in the nation’s politics to the extent that no political party can afford not to reckon with them.

In her welcome address at the event, Babafunke Fagbemi, Executive Director, Centre for Communication and Social Impact, (CCSI) said the WE-YOUPRO was aimed at giving a political voice to a neglected but very special demography in the land.

She said that the campaign was targeted at mobilizing young people and women who will lead disruptive campaigns towards translating citizens’ demands into policy actions which will result in an inclusive and responsive democratic process and outcomes in 2023.

“The target audiences for this campaign are Women and Youth. However, we shall also be talking to the influencers, the political and opinion leaders at both state and local government levels” she stated.

She regretted that youth and women, who have the largest demography of our population, had been left out without political voice.

“In Nigeria, women participation in politics is not proportionate to the over 45% of the nation’s population which they represent and this has not translated into equal representation in political leadership positions”

“ Similarly, the Nigerian youths are faced with several barriers hindering their participation in politics and governance” she stated

She observed that despite the fact that the “Not too Young to Run” bill has provided a chance for the youth to contest for electoral positions, there was still a vast gap in the participation of youths in politics, blaming the situation on financial constraint, lack of skills and lack of understanding of the benefits of youth engagement in the policy and program actions. End.