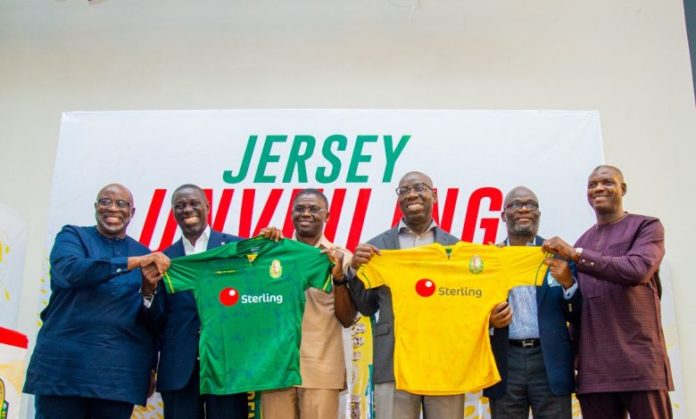 The sponsorship deal: the first of its kind in the history of Nigerian club football, saw players of Bendel Insurance showcasing their new kits with the bank’s full logo embossed on the jersey at a colourful event held at the Edo State Government House in Benin City, the state capital.

Speaking at the ceremony, Chairman of Sterling Bank PLC, Asue Ighodalo, explained that the bank shares the philosophy of development championed by the Edo State government and sees the state as a development partner, with the deal representing more than a sponsorship deal, but an investment opportunity for the bank.

“We see ourselves as true partners with Edo State, because we understand the development philosophy of the state and that is why we are committed to the state.”