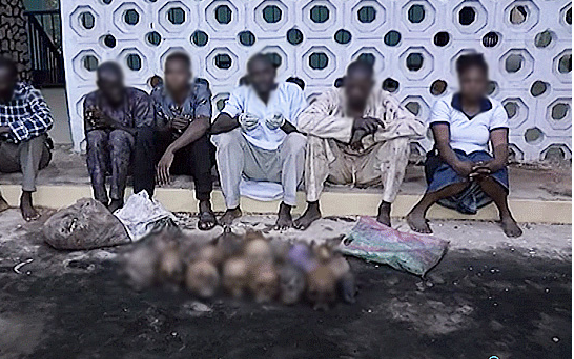 Some stakeholders in Ekiti have lamented the high rate of ritual killings and called on government to device urgent strategies to end the scourge in the country.

When interviewed on Saturday in Ado Ekiti, the News Agency of Nigeria (NAN) quoted

Shoyanbo said ritual killings have become a phenomenon among our youths, widespread practices and as such Government have to kick against it heavily because if it is not done, it means that our children are not safe.

Ogunsoye also said the moral decadence among our youths and the bad economic atmosphere have all contributed to a society where all that matters is money, money and more money.

He noted that it is disheartening to see teenagers in the state killing fellow human beings in the name of money, adding that the society is gradually sliding to a state of anarchy.

The state commandant of the Rapid Response Squad, Ekiti State Police Command, Mr Marcus Ogundola, said his team will continue to work harder to end criminal activities in the state.

Ogundola explained that though the unit had been up and doing, it would not relent until all criminals are rooted out of the state.

He said in the year 2022, as early as it is, many criminals have been arrested and paraded by the command with promise to do more.

He also called on members of the public to always volunteer information to the police that could lead to the arrest of criminals in the state. (NAN)