Administrative activities and essential services in the state and federal universities were, yesterday, grounded following the strike by the two non-teaching staff unions.

The various campuses of public universities looked like ghost town as non-academic staff deserted their offices in compliance with the directive to commence strike to press for the implementation of their demands by the Federal Government.

A visit to several campuses across the country revealed that the entrance and exit gates of the university were widely open for free flow of traffic.

Joint Action Committee (JAC) of the Senior Staff Association of Nigerian Universities (SSANU) and the Non-Academic Staff Union (NASU) on March 25 directed its members nationwide to embark on strike.

Branch Chairman of NASU University of Lagos, Kehinde Ajibade, told Daily Sun that the campus is deserted because members complied with the directive to down tools.

He said: “All the four unions on campus are on strike. Our members have withdrawn their services. There is no water, electricity and other essential services provided by our members.”

Chairman of SSANU University of Ibadan chapter, Abiodun Omisore, said the union recorded 90 per cent compliance on the first day of the nationwide strike declared by the national body.

There were many buses and cabs, as well as tricycles at the motor park waiting for passengers while many offices were also locked.

Omisore said the union has set up a monitoring committee, in conjunction with other non-teaching staff unions, which will enforce total compliance.

On the way forward so that precious time of students would not continued to be wasted, Omisore said: “It is not as if we are happy that our children are not in classes. But we are talking about the welfare of the workers and things that will impact positively on the children in the long-run.

“It is about the future of these children and the future of university system in general. The advice I would give to the Federal Government is this; when agreements are reached, they should just be ready to meet up with them.

“The agreements are binding on the two parties. Therefore, you cannot say you want to back off when an agreement has been made.” 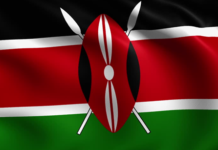