President Buhari, who presided over the Council of State meeting at the presidential villa in Abuja, on Thursday, April 14, granted state pardon to the  two former governors serving jail terms for corruption, alongside 157 other prisoners.

Faulting the pardon granted the duo in an open letter addressed to Bishop Matthew Hassan Kukah, the Catholic Bishop of Sokoto Diocese, who also flayed Buhari in his Easter message, Soyinka said it was a “putrid presidential Easter egg” on the faces of Nigerians.

Without mentioning the duo by name, Soyinka wondered how a government that jailed “two young men – Mubarak Bala and the musician Yahaya Sharif – one serving a sentence of 25 years, the other actually sentenced to death for alleged blasphemy,” could turn around to let loose veterans of broken pledges to further infect a world they have betrayed.

“Coming from a leader who had placed all his eggs in one basket, labeled anti-corruption, this is one egg squashed against Nigerian faces that they shall not forget – or wipe off – in a hurry,” Soyinka said.

Echoing Jesus Christ’s words on the cross, Soyinka, who is a self-professed atheist, said, “it is finished!”

Similarly, former Commissioner for Information and Culture in Niger State and chieftain of the All Progressive Congress (APC), Mr. Jonathan Vatsa lambasted President Buhari for pardoning the two leaders who were convicted and jailed for corruption, describing the action as a set back for his anti corruption war.

Vatsa in a statement in Minna, yesterday, said Buhari had not only let Nigerians down, but rubbished all the gains recorded in the anti-corruption war since 2015 to date.

“He has reversed the hand of the clock,” Vasta said while knocking the president for being part of the consensus that saw the emergence of politicians with various graft cases mount  positions in the national leadership of the APC.

“Nigerians saw Buhari as the only Messiah to fight corruption in this country because of his acclaimed transparency, and that was why they massively voted him in 2015 and 2019. But today those whom we accused of looting and destroying this country are now leading a party that came to fight corruption. Thieves are now heroes in APC, they are being given red carpet reception, this is a huge disappointment.”

Vasta said while the government is struggling for relevance over it inability to tackle insecurity and rising poverty among Nigerians, the state pardon granted the two  former governors had further de-marketed the ruling party ahead of the 2023 general elections.

“I have no regret campaigning for President Buhari and the All Progressive Congress in 2015 and 2019, but if i say I am disappointed in this government it is an understatement. Things have gone from bad to worse and nobody is ready to admit the reality because of their selfish political ambitions,” he said.

“Whoever tells Nigerians that he will continue with what is currently going on in the country means that he has nothing to offer Nigerians. As a member of this party, I am not proud of this government,” he said.

On the chances of the ruling APC retaining power in 2023, Vatsa said: “I have only one vote, so I think Nigerians will decide.” 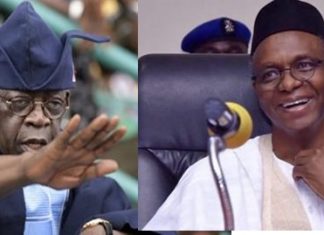