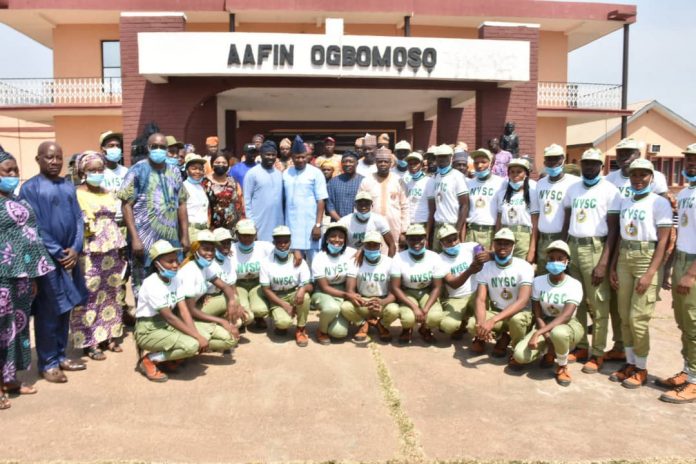 Speaking at the palace in Ogbomosho at the weekend, the NYSC DG commiserated with the entire town especially the immediate family on the death of the monarch. Praying for the repose of his soul, he noted: “On behalf of the NYSC family nationwide, please accept our heartfelt condolences.

“The scheme had earlier written a letter of condolence to Oyo State Government, Minister of Youth and Sports Development, the deceased’s family among others.”

In his response, the eldest son of the monarch, Dr Aderemi Oyewumi, commended the Director-General for creating time for the visit. He lauded the management of NYSC for mentoring youths as models for good governance, describing the scheme as an agent of national unity. He poured encomiums on the founding father of the scheme, General Yakubu Gowon for establishing the NYSC scheme to promote national unity and integration.

On hand to receive the Director-General was a member of the NYSC National Governing Board, Prince Oyekunle Oyewumi, who is also a son to the deceased monarch; High Chief Samuel Sobalaje Otolorin, the Are-Ago of Ogbomosoland; High Chief Yusuf Kasali Oladipo, the Abese of Ogbomosoland among others.

“We are very happy to have somebody like you here today,” Oyewumi said.