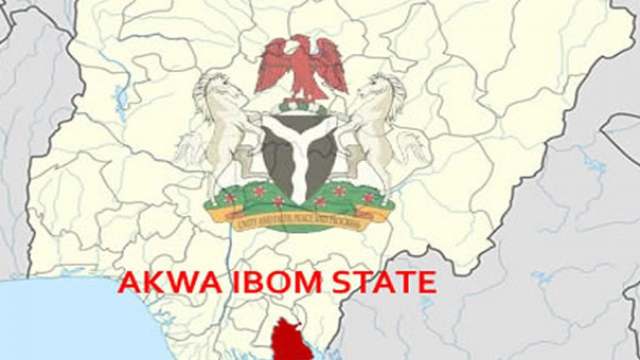 Governor Udom Emmanuel’s plan to make Akwa Ibom State an industrial hub hinges on the existence of a strong and virile Small and Medium Enterprises (SMEs) sector. This explains the attention his administration has been paying to the development of that sector to be able to play its role in the emerging private sector-driven economy.

Economies all over the world depend on SMEs to thrive. In highly industrialised countries, apart from supplying inputs for products manufactured by  big industries and corporations, they collectively provide more employment than the former. That is the role they are expected to play in an industrialised Akwa Ibom, hence the special attention the government is giving to the development of that sector. This importance is underscored by the fact that development of SMEs is a major component of the Eight-Point Completion Agenda of Udom’s second term.

The government has initiated several programmes to support the establishment and growth of small businesses in line with its commitment to promote entrepreneurship and instill the spirit of enterprise in the people, which is what the Dakkada philosophy is all about. The philosophy challenges the people of the state to rouse the lion that lies dormant in every human being and rise to greatness by utilising their God-given talents to work for their success and that of the state as a people. It encourages the people to believe that no height is unattainable, with determination. And since the industrialization plan of the administration is borne out of determination to change the narrative about the state, its assistance to enterprise owners is aimed at getting them on board the train.

The government offers encouragement and assistance to small business owners in different aspects. It organises training in various areas of entrepreneurship and also helps with the registration of business names and enterprises with the Corporate Affairs Commission, including the financial requirements.

There is a financial services desk to assist small business owners in the process of applying for loans and grants from donor agencies. Other forms of assistance include preparation of business plans, marketing plans and other regulatory requirements. No government had done this in the history of the state.

The government took a major step towards development of a strong SMEs sector last year when it set in motion machinery for the creation of over 14, 000 SMEs. The project involves creation of industry clusters in Uyo, Eket and Ikot Ekpene, in the three senatorial districts of the state. The clusters are to be built on 22 hectares of land each, complete with the required infrastructure like road network and power, as well as other business boosters.

The initiative, known as , will involve training of 3, 000 entrepreneurs in six months, with the number rising to 6, 000 in one year. From this number, about 9, 000 direct and indirect SMEs operators are expected to be trained and empowered through the project. Each cluster will comprise 48 industries covering 11 sectors, including leather works, mining, ICT, agriculture, aluminum works, fashion, raffia works, etc.

The SMEs that are expected to be products of this exercise will considerably reduce the population of unemployed youths in the state, considering that each SME would employ a minimum of five staff.

The huge and enthusiastic response of youths to , which was evident from the time online registration for the project commenced, is proof of the extent to which the Dakkada philosophy has become ingrained in the consciousness of the people of Akwa Ibom. Youths who were hitherto hamstrung by the fear of the unknown now feel emboldened to confront those fears, and are ready to grab the opportunities for self-actualization that are opening in the state.

“The feeling among the people of the state, especially the youths, is that there is going to be something for everybody in the new Akwa Ibom which Udom is trying to build, whether in terms of employment or entrepreneurship”, says Okon Asanga, a Lagos-based Akwa Ibom indigene and public affairs commentator. “I think what the governor has been doing is to create opportunities everywhere and throw the options open for people to make their choices. He is driving the state towards industrialization with establishment of industries and attraction of investors to the state, while at the same time encouraging entrepreneurship by providing the required assistance. Both strategies will give the state a strong economic base, stimulate growth, create employment and generally improve the standard of living of the people”.

Asanga said there is something of a consensus in the state that the twin approach of industrialization and entrepreneurship is what is needed to bring about the sustainable development of the state for present and future generations of Akwa Ibomites, which is the development goal of the current administration. He believes Akwa Ibom will soon become a place where people flock from different parts of the country in search of opportunities in employment and entrepreneurship.

The assistance youths have received and the training they have acquired are going to be useful in the area of entrepreneurship when some of the big industrial establishments the government is building become operational, to further deepen the socio-economic inclusion objective of the government. For instance, the Ibom Deep Sea Port, when it comes on stream, will create opportunities for ancillary small businesses for dwellers in the surrounding communities. There will be such opportunities in the oil and gas-free zone the federal government is planning to build in the state, and also when international operations commence in the Victor Attah International Airport.

The good thing about this kind of development is that people in different parts of the state will have opportunities brought to their doorsteps. This would help in creating jobs in those communities, improving lives, and also stemming rural-urban drift, especially now that there is massive opening up of rural communities with infrastructure.

With just about two years left of the tenure of Governor Emmanuel, there are indications that he will bequeath to his successor a state with a solid economic base that will make the dream of Akwa Ibom as an industrial hub a reality.