The senator representing Osun West, Mr Adelere Oriolowo, has demanded an apology from the Osun State Government over allegations that he converted some government property to personal use.

A report by the Assets Recovery Committee set up by Governor Ademola Adeleke indicated that Oriolowo was in the custody of a motor grader, a bulldozer and a soil compactor machine.

Reacting to the allegation during an interview with newsmen in Iwo on Tuesday, Oriolowo said he was surprised that the committee jettisoned the principle of a fair hearing and refused to invite him for clarification before going ahead to release its report.

The federal lawmaker also said he was informed that the said committee did not submit its report to Adeleke before going public to malign his name, noting that the equipment in question, which belongs to the Osun State Agricultural Development Programme, was in existence when he left the agency 15 years ago.

Oriolowo said, “I have thus instructed my lawyers to write to the state government demanding a letter of apology within seven days and to also pay N500m as compensation for the unquantifiable damage done to my name and integrity.

“My lawyer’s letter has since been received by the government on December 30, 2022, and I hope that this government will retrace its steps, retract the publication, and apologise to me. Failure to do so, I will use all legal means available to me to get justice.”

Efforts to reach the chairman of the Assets Recovery Committee, Dr Basiru Salam, for comment proved futile, as a call to his line did not go through, and he had yet to respond to a text message sent to him as of the time of filing this report. 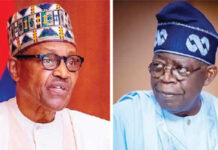