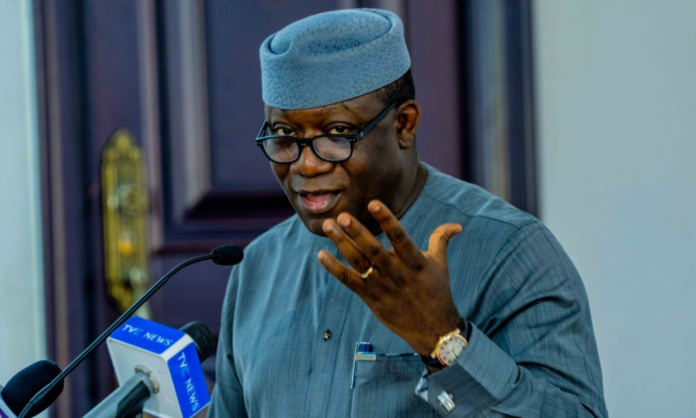 of the Nigeria Governors’ Forum will converge in Abuja on Wednesday for “a very crucial meeting where pressing national concerns will be discussed.”

Chairman of the Forum and Governor of Ekiti State, Dr Kayode Fayemi , who invited all the 36 governors to the meeting, however, did not give details of the agenda of the meeting, which he is slated for 8pm, at the NGF Secretariat in Abuja.

According to an invitation issued by the Director-General of the forum, Asishana Okauru, and sent to all the respective governors, the meeting, which is the first in 2022, will be in-person as opposed to virtual.

This, he said, was to effectively convey the messages of the meeting which were all characterised under the second item of the agenda tagged, ‘matters arising.’

To also feature prominently are the intervention programmes such as the regular updates from the Nigeria Governors’ Forum State Fiscal Transparency, Accountability and Sustainability Programme team and another on Coronavirus Aid, Relief and Economic Security as well as others.

Sources close the secretariat of the NGF informed one of our correspondents that the governors would also discuss the security problem facing their states in particular and the country as a whole.

Recall that many of the governors, especially there from the North-East and North-West, had lamented the killings and abductions of their residents by terrorists.

Also, the Governor of Borno State, Babagana Zulu lamented the takeover of two local government areas in his state by insurgents.

“These are the things that would make the NGF to discuss the issue at their meeting on Wednesday,” the source said, adding that “it will be insensitive on the part of the governors to pretend as if all is well when things are getting worse.”

It was also gathered that the governors will discuss the proposed revenue sharing formula which the Revenue Mobilisation, Allocation and Fiscal Commission said it was going to present to the President, Major General Muhammadu Buhari (retd.), last December.

The commission had said the President would then transmission it to the National Assembly.

It said the ongoing consultation and sensitisation across the country were aimed at avoiding past pitfalls that made past attempts to review the formula unsuccessful.

RMAFC chairman, Elias Mbam, in a telephone interview with The PUNCH late last year, blamed logistics for the failure of the commission to fulfil similar promises in the past.

The current revenue formula was designed during the tenure of former president, Olusegun Obasanjo.

Under this formula, the Federal Government gets 52.68 per cent, the 36 states share 26.72 per cent while the 774 local government areas in the country share 20.60 per cent every month.

According to the source, “The governors are eager to have the new bill on the proposed new revenue formula send to the National Assembly. Before then, they will also want to collectively discuss the sharing formula as proposed by the revenue sharing agency.”

The NGF chairman, accompanied by other 35 governors, is expected to address a press conference after their meeting.