Niger State Governor, Abubakar Sani Bello has revealed that security personnel in the state have detected newly planted explosives by the Boko Haram sect in Galadima-Kogo, Shiroro Local Government Area of the state.

Bello, who made the disclosure during a visit to the Internally Displaced Persons camp in Central Primary School Gwada, Shiroro Local Government, said the police are working tirelessly to detonate the bombs.

The governor also assured the IDPs in the state that the government is working out modalities to ensure that they all return to their homes soon.
.
He decried the activities of terrorist informants who he have been arrested by security operatives in the state in the last few weeks and would be severely dealt with.

According to him, a total of 4,000 IDPs in Gwada camp were made up of those displaced by the activities of bandits and water backwash as a result of work on the ongoing construction of Zungeru Hydro Dam.

“Those displaced by the construction of Zungeru Hydro Dam are yet to be compensated by the Federal Government. We are appealing to the Federal Ministry of Power to as matter of urgency compensate the affected communities to enable them to move to highland,” he said.

The governor stated that more security operatives have been dispatched to the state, adding that new strategies were being adopted in tackling the security situation.

The Governor also interacted with the men of the Niger State Vigilante Corps undergoing training at Teacher Professional Development Institute Dandaudu in Shiroro LGA while promising to equip them with modern fighting equipment and logistics to enable them to confront the criminals.

Speaking, the District Head of Galadima-Kogo told the Governor that they were pressed to return to their communities as the rainy season was fast approaching to prepare for the next farming season.

The district heads of Galadiman Kogo, Aliyu Umar Gurmana, Aliyu Umar and Gini, Isah Abubakar decried the banditry attacks on their communities while calling on the state government to provide them with adequate security to enable them to go back to their homes, especially with the Ramadan period approaching.

Speaking, the District Head of Gurmana, Aliyu Umar told the governor, “aside from the activities of bandits, presently, Gurmana has been displaced as a result of work on the Zungeru Hydro Electric dam. Our town is in the middle of the water. Our people have been displaced from their homes and living along the road. We need your intervention to enable us to return to our homes and farms now that the farming season is approaching.” 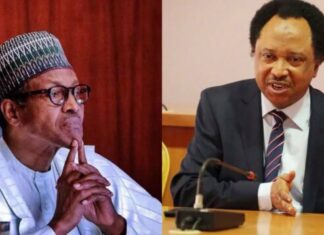