Consequently, commercial activities along Deco Road in Warri were temporarily brought to a halt for over five hours on Tuesday, as Gbagi’s campaign trail stormed Adane Associated Co. Limited fuel stations in the area, freely doling out fuel to commercial motorcycle and tricycle operators, to alleviate their hardship.

PUNCH Metro gathered that the motorcycle and tricycle riders otherwise known as okada and keke operators virtually turned the gesture into a carnival of sorts as they shut down the streets and repeatedly chanted slogans, “Gbagi for Governor”, in appreciation of the former minister.

As Gbagi was sighted at the scene, the jubilant crowd hailed him chanting and singing solidarity songs, and in the process caused a gridlock on the Deco road.

Speaking with journalists, some people among the crowd said they were looking forward to experiencing the same commitment from the SDP governorship candidate come March, if he emerged winner at the polls.

Some of the beneficiaries expressed the hope that with Gbagi emerging Delta governor, the state would be made an industrial hub while many unemployed youths would be removed from the streets.

Friday Onoboro, an Isoko indigene who resides in Warri, said, “Gbagi has tried a lot as regards investment in Delta. We will vote so he could be the next governor of the state”.

Another respondent who identified himself simply as Edward from Okumagba said, “I feel very happy and I am going to vote for him. I really appreciate him and he is going to be the next governor of Delta State”.

In his contribution, Samson said, “To be sincere, I am happy with Olorogun Gbagi. I know it is not every governorship candidate that can do this. I believe he is going to do well as governor. Actually for him to have opened Robinson Gbagi Plaza, with the number of people that are working there, he is a sure hope for gainful employment for our teeming youths”.

A tricycle operator, Godwin, said, “I am happy with Chief Gbagi for the free fuel he gave to us. I will vote for him to be governor. I will also urge Deltans to vote for Gbagi. He will be a good governor, if elected”. 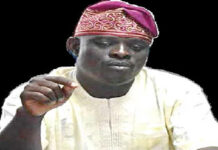 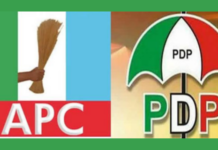 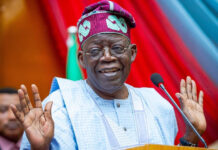