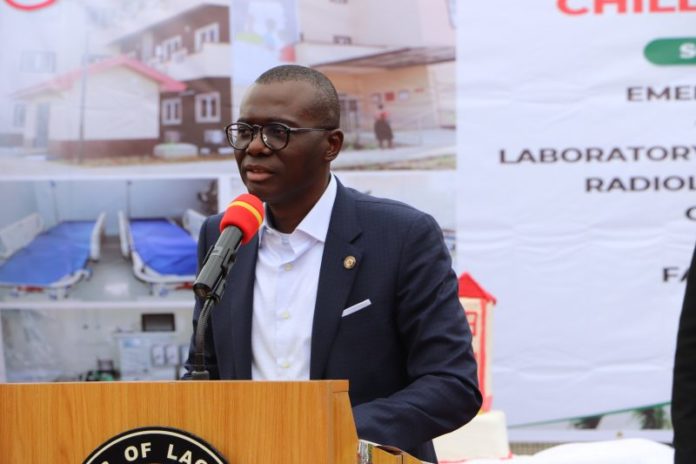 Olurin, a former Military Governor of Oyo State and Field Commander of ECOMOG Peacekeeping Force in Liberia during the Liberian Civil War, died at a hospital in Lagos on Saturday morning at the age of 76 years.

Sanwo-Olu, in a condolence message signed by his Chief Press Secretary, Mr. Gboyega Akosile, on Saturday, described the late Olurin as a committed officer and elder statesman who served his country passionately.

The Governor also praised Olurin’s contribution to governance in Oyo and Ekiti States during his tenure as Military Governor and Sole Administrator in the two states respectively.

He also commiserated with Ogun State Governor, Prince Dapo Abiodun and the entire people of Ogun State, especially the indigenes of Ilaro on the demise of their illustrious son.

“On behalf of the Government and people of Lagos State, I want to express my sincere and heartfelt sympathy to the family, friends and associates of the late Brigadier-General Adetunji Olurin (rtd) as well as the Nigerian Army, Ogun State Governor, Prince Dapo Abiodun and the entire people of the State.

“He was a committed military officer. He fought, along with several other patriots tirelessly for a united Nigeria as well as ECOMOG during his days in the Nigerian Army.

“He also made lots of positive impact and contributions to governance during his lifetime, first as a Military Governor of Oyo State between September 1985 and July 1988 and later as Sole Administrator of Ekiti State between October 19, 2006 and April 27, 2007.

“I pray that God will grant Brigadier-General Adetunji Olurin (rtd) eternal rest and give the immediate family, friends, Nigerian Army and the people of Ilaro and Ogun State the fortitude to bear the irreparable loss,” Governor Sanwo-Olu prayed.