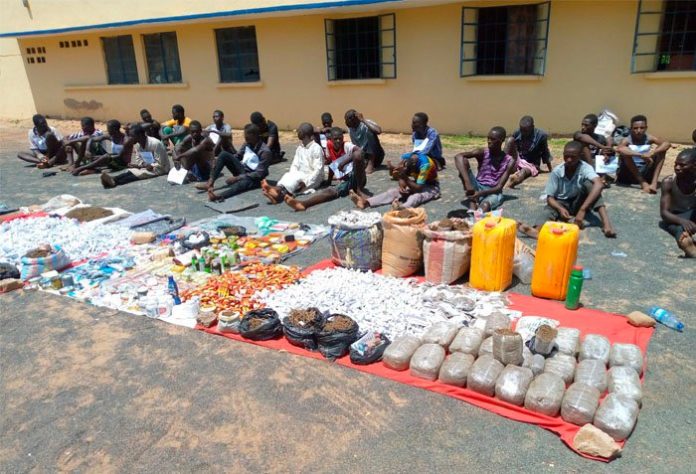 •Repentant insurgents can be prosecuted —Minister

Some senior advocates of Nigeria have cautioned the Federal Government against welcoming some Boko Haram members who recently laid down their arms and reintegrating them without first ascertaining that they no longer pose a threat to society.

This is as the Minister of Information and Culture, Alhaji Lai Mohammed, said contrary to “misleading reports,” insurgents who surrendered to the government could still be prosecuted. He however restated that international conventions accord prisoners of war certain rights and privileges.

The Nigerian Army, in a statement by its spokesperson, Onyema Nwachukwu, on August 10, announced that no fewer than 1,000 Boko Haram and Islamic State West Africa Province (a Boko Haram offshoot) members had laid down their arms and surrendered to the troops.

But in separate interviews with the senior lawyers expressed concern that giving the so-called repentant terrorists access to sensitive security positions could be detrimental for the country’s efforts to restore peace and security.

Mr Yusuf Ali stated that it was essential to ascertain that the insurgents had truly repented. He however explained that negotiation was to be expected, arguing that even in a shooting war, people would still approach the roundtable and talk.

Ali said, “If amnesty could be granted for militants in the Niger Delta, once we are sure that the terms of amnesty will not be abused and the government is prepared to provide all the necessary follow-ups and checks to ensure that those who say they have repented are not part of a decoy, to re-enter society and radicalise other people in society.

“Not only that, we must also provide opportunities of employment. When the Niger Delta militants were granted amnesty, some of them were sent for courses within and outside Nigeria but we must just ensure that we do not give a blank cheque to those who are just pretending they have repented when it’s not true.”

Mr Babatunde Fashanu, in the same vein, argued that if some of the “repentant” terrorists wanted to surrender, the government should accept them, but that it was also dangerous to reintegrate them into society, especially, if they were enlisted in the military.

“It was said that some Taliban were reabsorbed into the Afghan army and they were still the ones that gave their leaders information about the army and they overran them. So, it is very dangerous to absorb them into the military but they can use them to get information.

“As for whether they should be pardoned, people who have killed a lot of people ordinarily ought to pay, otherwise, people will keep bombing people, knowing that in the future, they can simply come out to say they are surrendering. I think that there should be some punishment for them; they shouldn’t let them go scot-free. The punishment can be lessened.”

Similarly, Mr Ahmed Raji, stated that there was always room for forgiveness, adding that even God Almighty forgives. He also raised the alarm about bringing the terrorists into the fold of security agencies.

He said, “It can go either way, when they want to accept them, they should look at the entirety of ramifications, learn from the examples where forgiveness has been used to reintegrate such kinds of people, and take care of possible errors.

“Of course, there is no foolproof solution to any problem. But you look at the larger interest, if it dictates that they be forgiven, why not? But absorbing them into sensitive security areas is what I think the government should be very careful about. If it is about absorbing them into the Army or security apparatus, the government should tarry a while.”

According to Raji, the government may absorb the insurgents into other areas, but not into the security apparatus. He argued that the government should be a bit more circumspect, so that the entire military apparatus would not be completely overwhelmed by “these repentant individuals.”

The SAN added, “If the system will be suspicious and not fully accept those who have waged a war against those in it, why would you quickly integrate them into the security system? I think that is an area where the government would like to be a bit careful. There are other areas you can put them in.”

Also, Chief Rafiu Lawal-Rabana told that if the terrorists had genuinely surrendered and had been profiled, the evidence would be in the “tremendously reduced” attacks, raids, and destruction.

“To me, I do not see the seriousness on both sides as it were and I think the security forces and the government should do more about Boko Haram. It is not enough to read that they are surrendering. Surrendering to become what? When they surrender, how are you dealing with them? It’s very important we get to the root of this crisis,” Lawal-Rafiu argued.

In a similar vein, Mr Olalekan Ojo noted that the issue of whether amnesty should be given or not was essentially a political question. In addressing that political question, he said, so many variables must be taken into consideration.

Ojo said, “It wouldn’t be the first time amnesty would be used as a political tool to achieve certain political tools or ends. If the Federal Government, in its wisdom, decides that ‘we should encourage repentant Boko Haram fighters to give up their evil, satanic ways and embrace peace,’ I do not think that is wrong.

“Some have argued that ‘these are people who have killed several persons who have done this or that.’ I agree, but you should remember one thing: even those who have killed, have been tried, and sentenced to either terms of imprisonment or death have been granted amnesty in the past; we call it prerogative of mercy or pardon.

“There is no offence that cannot be pardoned. You may have your good reasons for opposing or not supporting it, but that doesn’t mean that it is wrong because you cannot determine for the government what the best political solution to any socio-political problem is.”

Another SAN, Mr Sylva Ogwemoh, said in reintegrating the repentant terrorists the government should “organise a new way of life for them,” so they would not return to their old life.

“Make sure that these people are given a new focus different from what they used to know,” he added.

Meanwhile, the information minister, who spoke in Washington DC, United States on Saturday, said he had been misrepresented in the report claiming “the decision of the Federal Government not to prosecute repentant insurgents was in line with global best practices.”

Mohammed reiterated his position that the call for the shooting of the repentant insurgents without profiling and prosecution was against best global practice.

He said, “I personally spoke to the military authority before I left Nigeria and they said what they were doing is what the global practice dictates about soldiers that surrendered that should be treated as prisoners of war.

“You cannot just shoot them because there are international conventions that give rights also to prisoners of war. What the military is doing is that, when they surrender, they profile them to ensure that they are genuine and reintegrate them into the society.”