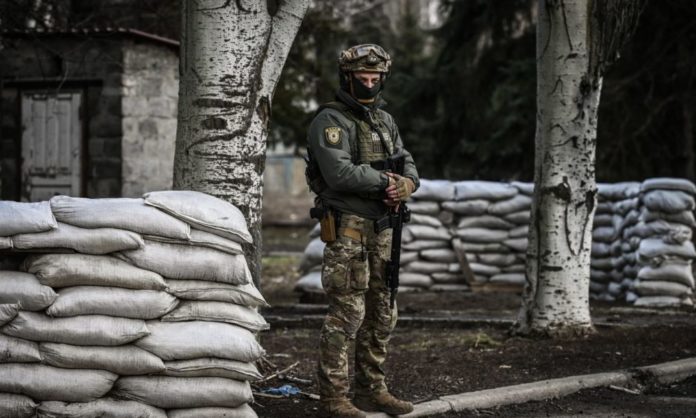 Key commodity prices surged and share prices tumbled as the financial markets reacted to the news on Thursday that Russia had launched a full-scale attack on Ukraine.

Germany’s DAX index had plummeted by just below 4 percent at the close of play, falling to 14,052.10 points.

By the end of trading on Thursday, £77 billion ($103 billion) had been wiped from the value of Britain’s 100 biggest listed companies, the Press Association (PA) news agency reported.

This was equivalent to a drop of 3.9 percent.

“Our worst fears have been realised,” said portfolio manager Thomas Altmann from QC Partners in Frankfurt. “There is war raging in Europe.”

The U.S. markets followed the European slide. The benchmark Dow Jones and Nasdaq both opened over 2.5 percent down on the previous day’s close.

The rout was started in Asia, where stock markets showed heavy losses as news of the invasion broke on Thursday morning.

In Russia itself, the benchmark RTS-Index at one point dropped by nearly half to 610. It then partly recovered to be some 35 percent down compared to the previous day’s close.

Shares in gas giant Gazprom lost about a third of their value.

The Russian ruble fell at one point to a record low against the U.S. dollar, losing 6 percent of its value.

The Russian central bank disclosed it would intervene in the market to prevent any more decrease in the rouble’s price.

The euro also lost ground against the dollar, falling 1.4 percent to 1.114.

Key commodities such as wheat and oil, on the other hand, saw sharp price increases during the day.

Aluminium prices also surged in the early hours of Thursday.

On the London Stock Exchange, the price of one ton of the metal rose by 2.9 per cent to $3,388, passing the previous high reached during the economic crisis of 2008.

Natural gas of which Russia is a major global supplier is needed for aluminium production.

Gold, which is regarded as a safe haven investment in uncertain times, saw its price rise towards the $2,000 mark on the London Stock Exchange.