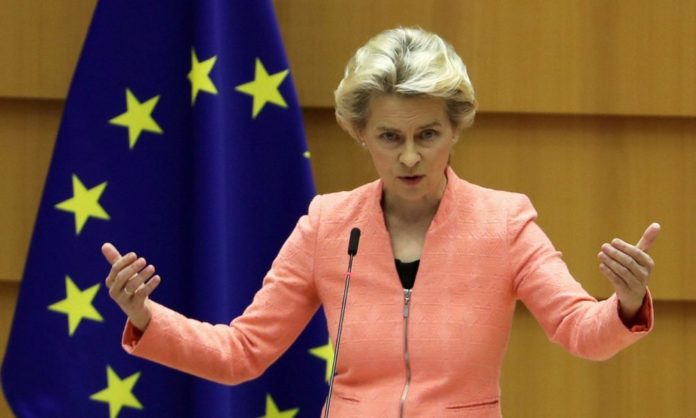 The European Union has agreed that President Vladimir Putin “must and will fail.”

Top European Union leaders said this in Brussels on Friday as they agreed new sanctions over his invasion of Ukraine.

They said that the Russian leader was trying to bring the continent back to the age of empires and confrontations.

Russia launched its invasion by land, air and sea on Thursday following a declaration of war by Putin.

At this moment, over 100,000 people have fled as explosions and gunfire rocked major Ukrainian cities, while dozens have been reported killed.

The European Union bloc’s leaders agreed in principle at an emergency overnight summit to impose new economic sanctions, joining the United States and others in taking steps such as curbing Russia’s access to technologies.

With the agreement, the European Union will freeze Russian assets in the bloc and halt its banks’ access to European financial markets as part of what EU foreign policy Chief, Josep Borrell described as “the harshest package of sanctions we have ever implemented.

Earlier, Von der Leyen told a news conference that the sanctions on Russia, which also limit the country’s access to financial markets, would increase Russia’s borrowing costs and raise inflation there.

Von der Leyen also said that export curbs to Russia would hurt its oil sector by stopping access to material it needs from the EU for its oil refineries. That will, over time, trigger a depletion in Russia’s oil refining revenues, she said.