The People’s Democratic Party (PDP) delegates for the May 28 and 29 national convention of the party from Anambra State, on Monday, adopted Mr Peter Obi as their preferred choice for the party’s presidential ticket.

The delegates made known their stand during a meeting with the presidential hopeful in Awka, the state capital.

They said that they considered Obi the right man for the job given his excellent performance in the state as governor in addition to his vast experience in the issues of the economy.

The motion for the ex-governor’s adoption by the delegates was moved by Chuba Oranusi, a former member of the state House of Assembly, and was seconded by Mike Ogwa who was the Deputy Speaker of the same legislature.

In his speech, Obi told the delegates that he was all out to repair and reposition Nigeria for the good of everybody. He said that things were no longer working in the country and that it required a capable hand that would rescue it from imminent collapse.

The presidential hopeful told his audience that he was committed to the project and would see it to a logical conclusion; making it clear, however, that if given the opportunity to govern the country, he would give the job his best.

“When I am into anything, I do it to my satisfaction. I’m committed to this project. I know that I can turn this country around for good.

“I have gone to every part of this country. This country has everything to be great. The only thing we lack is good leadership. We cannot continue living like this.

“If I am the president here, we would remove sharing formula and replace it with production formula”, Obi vowed.

The former governor appealed to the party’s delegates to give him maximum support to be able to clinch the presidential ticket of their party.

“Let’s join hands and build a better Nigeria and not where everybody’s life is being wasted.

“Nigeria is not producing anything. All we do here is borrow money and share. There would be no time for enjoyment until we fix this country.

“I plead with you for the sake of your children. Which society do I want my child to live in? We should ask ourselves this question before casting our votes.

“Check yourselves as politicians if you would be here forever. Some have come and gone.

“As governor, I didn’t come out to make people happy because the government is not showbusiness; it is a serious matter.

“We must make this country productive. We must work for our children”, Obi vowed. 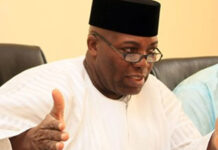 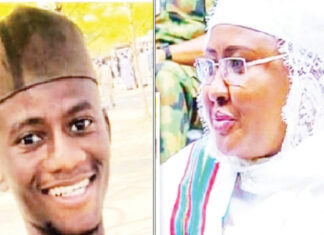