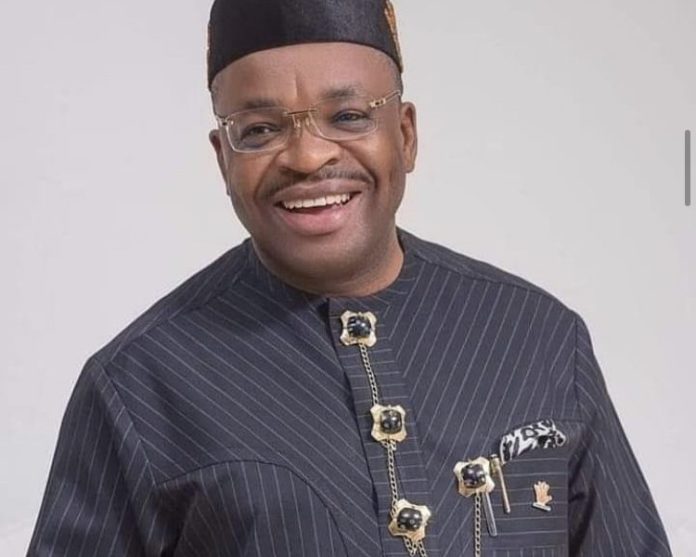 Ahead of next year’s presidential election, the Arewa Movement for Actionable Change (AMFAC) has urged Akwa Ibom State Governor Udom Emmanuel to run for president.

Governor Emmanuel has not officially made known his intention to join the race.

But, the group argued that Nigeria needed a visionary and dynamic leader to take the country out of its current economic meltdown and worsening insecurity, which governor Emmanuel can do.

AMFAC Spokesperson Sabitu Magaji, in a statement, yesterday, said, “In a society where the bond between leadership and followership is at an all-time low, and one in which a divide exists within the polity.

“It is important to bring in an experienced man who has bridged the gap of both worlds.

“With his experience in a financial institution and his years as governor of Akwa Ibom State, Governor Udom Gabriel Emmanuel’s leadership is a testimony to the fact that when vision, pragmatism and experience meet at a junction, great things are inevitable.

“The people of Akwa Ibom can testify to his excellent style of leadership. He has transformed Akwa Ibom into one of the richest states in the country with a GDP of 11 Billion (USD).

“Despite his remarkable achievements which cut across different sectors, he still maintains a close relationship with the people, going as far as the doorsteps of villages and wards.

“As the 2023 election is fast approaching, there has been a lot of uncertainties in the upcoming general elections; the current state of the nation needs a progressive and innovative mind to take over the affairs of the country.

“A man like Governor Udom with such a great reputation and track record should not be at the back seat.

“He should take over the wheel of leadership to consolidate his legacy and to continue within a bigger capacity where his influence and impact can be felt on a national level.

“That is why the Arewa Movement For Actionable Change calls on His Excellency Gov Emmanuel Udom, to come and take over the affairs of the country, so as to take us back to our glorious days.”