There is palpable fear among incumbent federal lawmakers elected on the platform of the People’s Democratic Party (PDP) from Bayelsa State ahead of the screening and scheduled primary elections.

While the coast is clear for Senator representing Bayelsa West and former governor of the state, Henry Seriake Dickson to emerge unopposed due to the decision of a stakeholders meeting convened by Governor Douye Diri which endorsed Dickson to fly the party’s flag at the 2023 election, the same could not be said of Senator representing Bayelsa Central, Senator Moses Zwoghe Cleopas.

Cleopas a former Chairman of the party in the state, on whose watch Diri emerged the governorship candidate, was compensated for his role in the emergence of Diri with the ticket of the Bayelsa Central Senatorial District, which he won.

However things have changed and he has been pitched to contest with the immediate past Secretary to the State Government, Friday Konbowei Benson.

At the Bayelsa Central stakeholders meeting, Cleopas was shocked that the stakeholders refused to allow him to emerge as the sole aspirant and actually endorsed Benson to contest with him.

He was said to have complained about the unfair treatment meted out to him and the plot to take over ‘his job’ by drafting Benson into the race.

Sources in Bayelsa Central said Cleopas performance has been less than satisfactory and if not for sympathy some stakeholders had for him, he wouldn’t have contested the primaries.

According to investigation, Cleopas is not popular enough to win the election for PDP especially if the All Progressive Congress (APC) fields a popular candidate from Southern Ijaw hence the decision to allow Benson to contest since he is more accepted by the people because of his political pedigree serving as the longest Speaker of the Bayelsa State House of Assembly.

Prof Steve Azaiki representing Yenagoa/ Kolokuma/ Opokuma federal constituency apparently seeing the handwriting on the wall that he would be made to face other aspirants for the primaries has declined to re contest.

Obua had tried unsuccessfully to get Diri’s nod to fly the party’s flag unopposed and his fears was that with the primaries and the zoning sentiments in Ogbia he would be edged out.

The screening of the aspirants is expected to be held on Friday April 29. 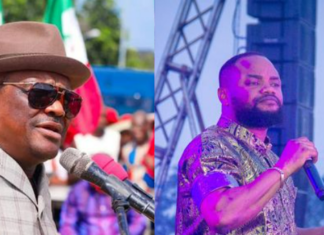