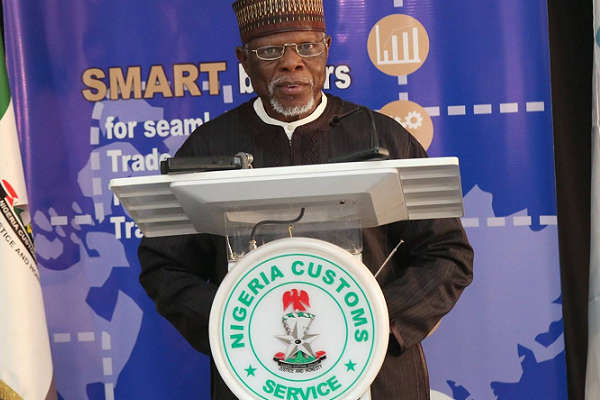 The Nigeria Customs Service (NCS) has renewed offensives against hoodlums operating on the Southern waters (Eastern and Western Marine Commands) with the acquisition of 18 creeks patrol boats.

Comptroller General of Customs Col Hameed Ali (retd), who spoke at the occasion of the commissioning of the boats constructed and built by SEWA West Africa in Port Harcourt, Rivers State, said the boats, which comprise nine gunboats and nine logistics boats, were serious signals to criminals.

Ali stated that the boats, which have high functionalities, are an addition to the Service’s Marine arsenal at a time smugglers are running away from the heat on land.

He expressed: “I feel highly elated to be with you and most importantly, to commission the 18 creek patrol boats.

“The addition of these boats to the Service Marine arsenal at a time when more smugglers are running away from the heat on land to water is simply the right thing to do.

“This event, no doubt, marks the beginning of a renewed offensive against those who chose creeks and waterways as safe haven for their illegal trade.

“The 18 creeks patrol boats, consisting of nine logistic support boats and nine gunboats whose parts are armoured, should send clear signals to the criminals that the game is up. Unlike before, we now have boats with flat bottoms that can access the creeks even when the water has receded.”

The comptroller-general stated that NCS tapped into the ingenuity of a Nigerian company, SEWA to design, construct and build the edifices in-line with Executive Order on Local Content of 2017.

He noted: “As you can see, these boats are not only built with our weather and circumstances in mind, they can compete with similar ones built anywhere in the world.

“The relationship between NCS and SEWA represents excellent examples of what Nigerians can achieve when we come together.

“I, therefore, commend SEWA for delivering on their promise and have no hesitation to recommend them to individuals or organizations that need what they are capable of producing.

“As we commission these boats, which will be deployed for the Southern waters, (the Eastern and Western Marine Commands), I urge our marine operatives to use them judiciously in the interest of the nation.

“Let me state here that even with the best of working tools, NCS efforts will not yield maximum output, If Nigerians for which we work, do not give us needed cooperation.”

Speaking at Onne seaport, where he inspected the newly acquired scanning machine, the NCS boss said the scanner would facilitate trade and reduce the issue of importation of contraband goods.

Comptroller-General Ali added that acquisition of the scanning machine would reduce cost and time spent on inspection of containers.

He, however, lauded other security agencies for the existing synergy in complementing the fight against insecurity and bunkering on the waterways and creeks.