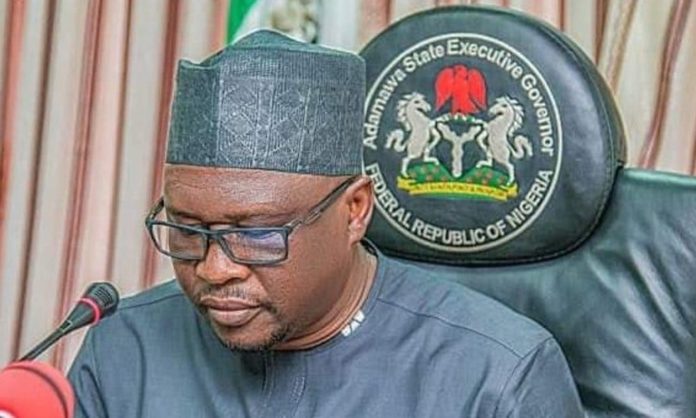 Governor Ahmadu Fintiri has restricted movement of commercial motorcycles better known as Keke NAPEP in some parts of Adamawa State.

The governor in a statement released Tuesday evening, noted that the restriction was meant to curb rising crimes in affected communities.

The statement, signed by Humwashi Wonosikou, Press Secretary to the Governor, said the restriction covers some communities in municipal local government areas of Girei and Yola South.

“Governor Ahmadu Umaru Fintiri of Adamawa State has issued an Executive Order banning the use of motorcycles in Mbamba, Yolde Pate and Ngurore communities of Yola South Local Government Area, as well as Viniklang and Federal Housing Estate in Girei Local Government Area from 5:00pm to 5:00, am henceforth,” the statement said.

It added that the order mandating the restriction “comes into effect on Tuesday 8th February, 2022 until further notice.”

According to the statement, “This development is a direct response to the growing activities of criminals that are disrupting the peace of the state.”

The statement quoted Fintiri as saying that miscreants “have become a threat to the peace, wellbeing, security and stability of the state’s political and economic systems, as well as their effect on continuous development which must be effectively curtailed.”

The governor said no responsible government will allow criminals to threaten the peace of the state, but must ensure that all residents of Girei and Yola South Local Government Areas live free from thuggery, robbery, theft, maiming, kidnapping and other criminal activities.

“The Executive Order prescribes a penalty of six months imprisonment with an option of N100,000 fine or both, in addition to forfeiting the motorcycle to the government if found guilty for violation of the order,” the government warned.