Religious and traditional leaders from different faith under the umbrella of Interfaith Dialogue Forum for Peace (IDFP) have begun to develop strategies which they would use to rescue Nigeria from the firm grip of current political leaders whom, they said, have worsened the socioeconomic fortunes of Nigerians through bad policies.

They resolved that they won’t keep silence or sit on the fence any longer, but take steps to mobilize Nigerians to fully participate in the process that would produce credible and competent leaders that would pilot the affairs of Nigeria.

Co-Chairman of IDFP, Bishop Sunday Onuoha, who spoke at the opening ceremony of the meeting of the traditional and religious leaders in Abuja, on Wednesday, with the theme “building and sustaining the culture of peaceful elections in Nigeria: The role of faith and traditional leaders” challenged the leaders to leave their comfort zones, roll their sleeves and mobilize their people to participate in the forthcoming elections.

He said that creating the culture of peaceful elections is a task that requires transforming of the institutional structures which includes regulatory bodies like the Independent National Electoral Commission (INEC), Judiciary, security agencies involved in elections, and their operational instruments like the electoral laws.

He frowned at the manifestations of violence or anarchy which comes in form of vote buying, ballot box snatching, hate speeches, writing of election results, among several others.

He thus advised that, “as we move closer to the 2023 general elections, there’s need for peace before, during and after the elections. Also, there’s need for traditional and religious organizations to preach, sensitize and mobilize for peace in all their sermons, teachings and meetings, and other opportunities they have for continually building the culture of peaceful election in Nigeria.

“People make elections lack credibility, create violence, circumvent the processes, seek for lucre and crumps from the politicians table to do their bid. Also, the people throw away their cherished religious and traditional doctrines, principles, norms and values to dine and wine with the devil for electoral successes.

In his presentation, the Former Executive Secretary National Health Insurance Scheme (NHIS), Prof. Usman Yusuf, said that Nigeria is at a crossroads and its very fragile democracy is seriously threatened by the worst insecurity.

“From Adamawa to Zamfara, the death toll is mounting. Images of massacres are too gruesome to watch and the stories from survivors too heartbreaking to hear. But hearing and watching we must, because this is the reality under which our people have been living silently for years.

“The roll call of the nameless dead are too numerous to count. Nigeria’s borders, forests, highways and waterways are not secure, it’s vast land borders have become dangerous conduits for drugs, arms, smugglers, illegal immigrants and foreign fighters from countries across the troubled Sahel region.

“Our forests have become ungoverned spaces inhabited by insurgents, bandits, kidnappers and other criminals.”

He reminded the government that insecurity is driven by corruption, bad governance, poverty, hunger, unemployment, illiteracy, drugs, out of school children, among several others.

He, thus, advised the Federal Government to quickly attend to the legitimate demands of the university lecturers under the umbrella of the Academic Staff Union of Universities (ASUU) so they can return to classrooms.

He said the prolonged ASUU strike has serious negative national security implications, warning that Nigeria cannot afford another #EndSARS uprising which is imminent. 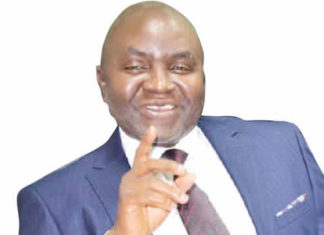