The National Security Adviser(NSA), Major General Babagana Monguno (Rtd), has called for cooperation between the Ghanian and Nigerian security agencies to tackle the menace of proliferation of small arms and light weapons, herders and farmers’ clashes, cross- border movement of criminals and drug trafficking in the region.

The NSA, made this known in his lecture he delivered to students and members of the Ghana Armed Forces Command and Staff College, titled “The State of Security in West Africa: Curbing the Spread of Terrorism and Preventing Coup Contagion”.

Head Strategic Communication, Office of the National Security Adviser, Zakari Usman, who made this known in a statement, said the NSA, stressed the need for Ghanian and

Nigerian security agencies to work as a team to create a peaceful environment for their citizens to carry out their legitimate duties without fear of attack.

Zakari, said that the NSA used to the occasion of the visit to meet with senior Ghanaian and Nigerian officials, including the Minister of National Security, Hon Albert Kan- Dapaah, and the Ambassador Nigeria High Commission, His Excellency Ambassador Ibok – Ete Ekwe Ibas. He also paid a courtesy call on the Vice President of Ghana, Alhaji (Dr) Mahamudu Bawumia and visited the Secretariat of the Accra Initiative (ACRI), where he was briefed on the activities of the organisation.

Zakari, said that “In his meetings, NSA Monguno conveyed the appreciation of President Muhammadu Buhari to the Ghanaian Minister of National Security for his visit to Nigeria in October 2021.  NSA Monguno congratulated the Minister of National Security on the successful hosting of the maiden edition of ECOWAS Forum of NSAs and advised that the takeaways from the meeting which included the need to strengthen collective regional response, developing capabilities to tackle regional threats and the development of regional security be vigorously pursued and implemented. He further discussed the issue of Coup d’états within the sub region and reiterated the need for vigilance and cooperation.

NSA Monguno discussed with Ghanaian officials the challenges of maritime security in the Gulf of Guinea and intimated on the successes recorded via the FALCON EYE facility by Nigeria in curbing security threats in the maritime domain. He also underscored the need to deter the expansion of terrorist groups in East Burkina Faso and Southern Mali. He suggested that these two axes be discussed in the next Accra Initiative Summit and ECOWAS Forum of NSAs.

NSA Monguno called for cooperation among security agencies between Ghana and Nigeria in tackling the proliferation of small arms and light weapons, herders and farmers’ clashes, cross- border movement of criminals and drug trafficking in the region”. 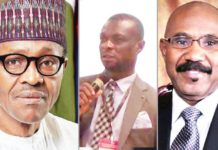 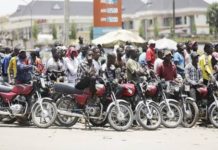 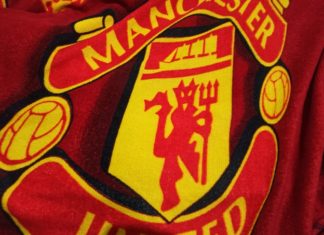