In this exclusive chat with Sunday Sun, he spoke on the Electoral Act, its loopholes, women agitation for more representation, the crude struggle for the presidential slot, among other crucial national issues. Excerpt:

The Electoral bill has finally been signed by President Muhammadu Buhari into law. Do you see any loopholes that may work against a free and fair election?

Well, no matter how good or perfect any document can be, don’t forget that it is human beings that will implement it.  A lot of things that our politicians do especially during this dispensation show how not to be or how to govern or how to legislate. Public office holders or people who are holding public office either by election, selection, appointment or by volunteering must show that public spiritedness when they do the things they do. With the Electoral bill, for instance, at times, you see our legislators they appear to be legislating for themselves, legislating for their own continuity and not minding about how it affects others. If it is not for the outcry of the Nigerian people both the legislative and the executive would have bungled everything. The executive would not have signed the bill and also the people at the legislative end, the legislature would not have done what they did, they would have filibustered the process to no end. Luckily now the president has signed the bill, but look at the other part of it. The time review; it has now made INEC to fast-track the election and all the parties are required that from next month, in a month’s time, they need to start presenting their candidates and running other processes. Ordinarily, all this will cost a lot of money and they assume that all the parties may have all the money. They assume that if you are playing politics in Nigeria you are getting some angel funds. Firstly, the delay has already put APC and the PDP on some form of advantage because they are the only two political parties that are being more or less funded by the government, who can fast-track any process, who can start to populate the number that will run for election within the next one month because they have the resources to do it. Most other parties don’t have the resources to do it. So, for delaying the bill, for the president trying to delay and manipulate it they have more or less corrupted the system because they are now forcing all other parties to not follow their due diligence in doing things. When you tell the parties that now whether you like it or not within the next one month, two months, you must submit all the people who are running for election or you are out, it involves money and it is only parties that have public treasury (and you know them) that can just jump and say we are conducting a major national convention to select president or conduct primaries in the next one month. So, this issue has put the APC and the PDP on advantage while putting others on a tight corner. The other aspect is the one they are saying that if you want to contest election that you have to resign within so and so time, but that for elected people they can stay longer. That action will also put them at advantage, which is wrong. All the same some aspects of the electoral bill are good because it cleansed up our electoral system. For me, anything that will bring credibility to our system, help our democracy and help our development as a country is good. Let’s put some credibility into what we do, so the way it is, it will at least help to add credibility.

But some critics are also saying that our politicians, given their crude nature will also pervert, undermine or circumvent the electoral law in their desperate bid to win at all costs. Do you share in this view?

Of course, it was the fear I expressed at the beginning and as I said earlier it is human beings that are implementing it so there will also be human error, human manipulation and all that. Most things on paper look good, but you are aware that some legislators are there as senators and House of Representatives members, even House of Assembly members after threatening their opponents who are likely better candidates or buying their way through, threatening some electoral officers with even guns to be able to buy results. The human aspect, the human behaviour, no matter the law we come up with is, no doubt, key to electoral success. Obedience to the law governing a process cannot be over-emphasised.  The last election that happened in Jos, INEC supported all the gadgets they said they will use, but I have evidence that in some areas results were written without voting. If you do the forensic of the votes it will not rhyme. So the human failure from both INEC and the political parties, their actions on election day will still affect any law, positively or negatively, no matter how good the law is crafted.

Recently, the women went to the National Assembly to canvass more seats in realization of the affirmation action that Nigeria is signatory to, but the bill was thrown out…?

(Cuts in) It’s a shame and that is why I said they legislate without looking for what is good for the country. If we have a good number of women in that chamber, minimum of one-third, close to 35 per cent of women in that chamber or even 30 per cent, 25 per cent in that chamber, you will see it will moderate the excesses. Women are home keepers and home builders and there is a reason God created men and women to populate the world. If you are in a major gathering, whether it is political, whether it is in government or social gathering and then you have 100 men, 20 or 30 women, you will find out that it has a moderating effect. Some of those excesses with which our country is taken down will automatically stop and part of the moderation is that the people will start behaving with some decorum and so on, it’s natural, God put it in the system. And do we need that to help our nation building? Yes, we do need it, but again because of the way women have been disadvantaged in our country for many, many years it will be so difficult for us to feel that we can populate the parliament with adequate number of women to create that effect without a special legislation which the women, their various NGOs articulated which the National Assembly has now put down. Let’s think more of the public interest when we are doing anything that has to do with government, either on the executive side or the legislative side. Now our party (ADC) will encourage two senators then let the third senatorial position be allocated to the women.  In America no matter how big your state is, you produce two senators, it is only in the congress which we call House of Reps, that is the only one they do by population. So, on our own, we can now have two senatorial zones in our states and the other one will be a special senatorial zone which goes across the whole state and it will be for a woman. It is very important and that will give the women more percentage, at least over 30 per cent and if election comes you will find out that they get stronger by the day and over time their political participation will increase and they will with time be getting even more than the 35 per cent representation which is good for the country. We must legislate to privilege the country not to privilege individuals. We need what will elevate our country, create more dynamism, respect among others in the National Assembly and ensure we have adequate number of women. One of the best ways to achieve it is through legislation. We must find a way to encourage our women to be part of our politics, not only that they have something to contribute but their natural influence has a way of moderating the system. If you continue to neglect them, you will indirectly be holding down the development of the country. They have something to contribute to our nation building. More women representatives will help to moderate and stabilize the polity.

As different political groups clamour for the presidential slot, what type of president do you think that this country needs at this crucial time?

You know in Nigeria people talk about power, power, power, but for me, I look for a leader. And when I say a leader, I mean one that is down to earth, focused, with complete public spirit, somebody that will serve the country and not somebody to power over the country, a quality servant leader, one who understands diversity management.

What is your position on rotation of presidency and the clamour by the Southeast for the presidential seat?

So long as we still see the presidency and politics as power people will continue to agitate, but if we are waiting to be president as waiing to go and serve and be ready to give up your life to achieve result for the public good, then people wouldn’t be playing all the nasty politics that they are playing now. If our politics is all-inclusive, if it is not discriminatory, if there is justice and fair-play, equity, if there is sincerity of purpose, sincerity among leadership, agitation will not be nasty. Our party has not taken position on the issue, the position will be made known very soon, but our position will be taken based on the need for us to be able to build the kind of Nigeria that everybody will be happy and proud to belong.

So, as an individual you are not concerned about where the presidency will go to, North or South? 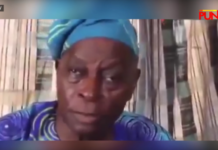 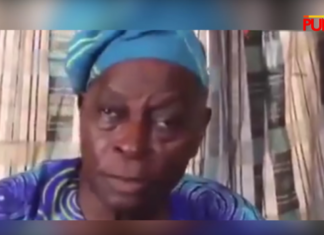