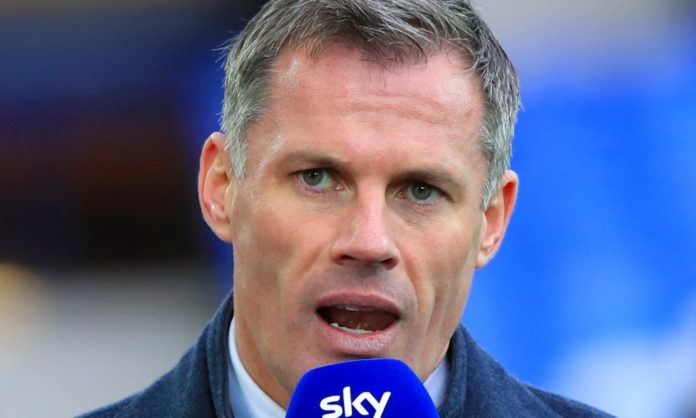 Jamie Carragher has tipped Manchester City to still go on to win this season’s Premier League title despite their disappointing home defeat to Tottenham on Saturday.

He, however, pointed out that the title race now looks to be back on, with Liverpool running away 3-1 against Norwich City in an earlier game.

City have watched an 11-point league lead over Liverpool as recently as mid-January, slimmed down dramatically to only six, with the Reds having a game in hand.

“I’d still favour Man City, they’ve got Liverpool to come to the Etihad and I think Liverpool’s fixtures may be a little bit tougher off the top of my head,” Carragher told Sky Sports.

“I think there was a little bit of hope that Liverpool maybe could do something, and there was maybe a glimmer of hope when Man City dropped points at Southampton,” he said.