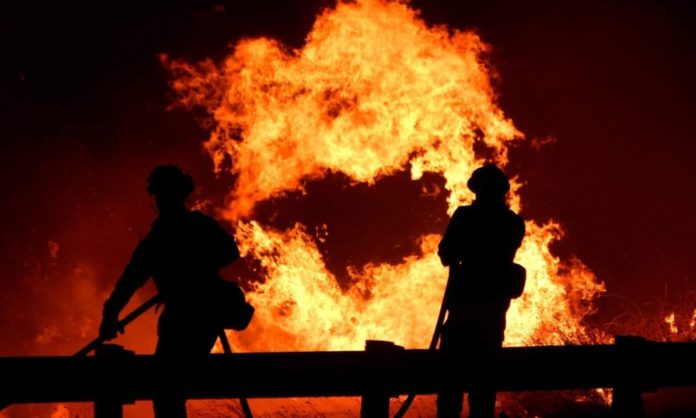 Eight people and a pregnant woman in the early hours of yesterday were reported burnt to death in a multiple auto crash in the Ilorin metropolis, the state capital of Kwara state.

Daily Sun investigation at the scene of the multiple accident, which occurred along the Ilorin International Airport road, at about 8am, involved a commercial passenger bus and a private vehicle.

One of the vehicles involved in the crash was said to have carried jerry cans of petrol kegs. It was also gathered that eight persons, however, survived in the accident with multiple injuries.

Sources in the state command of the Federal Road Safety Corps (FRSC) said that the Lagos-bound passenger bus had loaded at the Gerin Alimi Motor Park, heading outwards the metropolis, when it rammed into the private vehicle. The private vehicle, said to be coming out of the airport, failed to wait for the oncoming passenger bus to pass, while the crash was said to have occurred as a result of over-speeding. It was gathered that the vehicles involved somersaulted and had a tyre burst.

Speaking on the incident, the state sector commander of the FRSC, Jonathan Owoade, confirmed the development and described the crash as unfortunate.

“A car coming out of the airport ran across the road, thinking it could have crossed the road before the bus got to it. Incidentally, it was said to be carrying fuel. I would surely get back to you with details, including registration numbers of the vehicles,” he said.