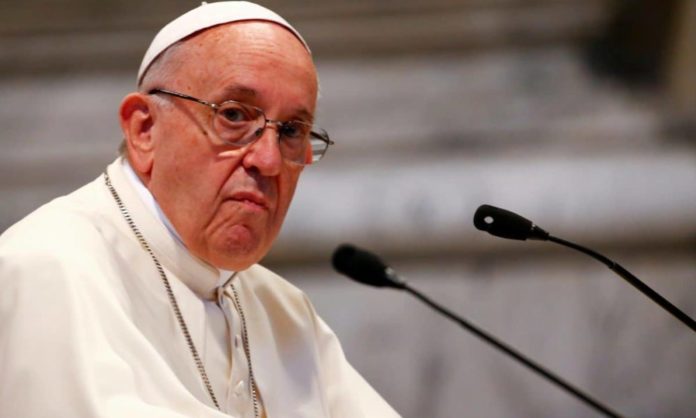 Pope Francis has made revelations in recent communication with Spanish journalist, Javier Martínez Brocal, the Director of Rome Reports.

On January 11, Brocal photographed him in Rome’s Pantheon area as he was leaving Stereo sound, a record store.

The Pope knows the owners. Their friendship dates back to when he was Archbishop of Buenos Aires in the “House of the Clergy” in Via Della Scrofa.

He blessed the renovated premises, chatted with those present and stepped out carrying a music record issued by the owner, Letizia Giostra and daughter, Tiziana.

Days after the black and white photo went viral on the internet, the Pope sent a letter to Brocal.

“What I miss most in this Diocese is not being able to ‘wander the streets,’ as I did in Buenos Aires, walking from one parish to another.”

The Catholic leader seemed to have admitted that he did not want his private visit to become a public affair.

“One cannot deny that it was a ‘terrible fate’ that, after taking all precautions, there was a journalist waiting for someone at the cab stop.”

He, however, advised members of the press to “fulfil their vocation, even if it means embarrassing (‘mettere in difficoltà’) the Pope.”

The Pope never hides his nostalgia for moving about freely. In 2017, he told a magazine, Scarp de tenis, that he misses being around people.

“There is only one thing I miss very much: the possibility of going out and wandering around on the street. I enjoy visiting parishes and meeting people”, he said.