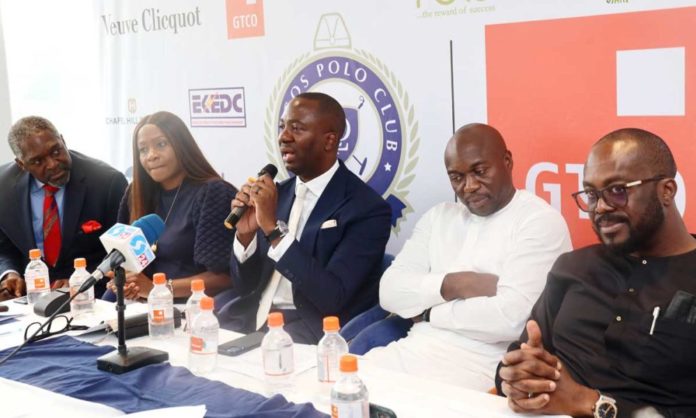 Six-goaler, Tom De Bruin, was the star of the Stream 2 encounter, as he accounted for six of his team’s goals, the highlight of which was the backhand he scored in the second chukka to make the scores 4 1/2 – 4.

Stratabase, formed by Abubakar Kollere, Kabire Seidu, Ibrahim Mohammed and Ahmed Umar, started the match on a 3 1/2 handicap goals advantage but were roundly beaten by the Kano based team.

With two highly-rated Lagos teams, Leighton Sao Polo and TBD also in the same stream, any losing team has its chances of progressing to the knockout stage hanging in the balance.

South African De Bruin’s opening goal was canceled out by three-foaled Umar but he got on the score sheet again to close the scores.

There was no looking back for Golden Alchemy as they went on a scoring spree from the second  chukka  till the end of the match with Baba Dantata and Idris Badamasi each bagging a couple of goals to take total control of the match.

Armed with full points in the opening game, Golden Alchemy will look forward to their second game with lots of optimism.

Wednesday’s schedule will see Dangote from Lagos and Petrogas Almat of Abuja tussle in the first match of day 2. Lagos STL and Malcomines of Jos are expected to wrap up the day’s action, as the campaigns for the Open Cup hots up at the foremost Ribadu Road polo ground in Ikoyi.