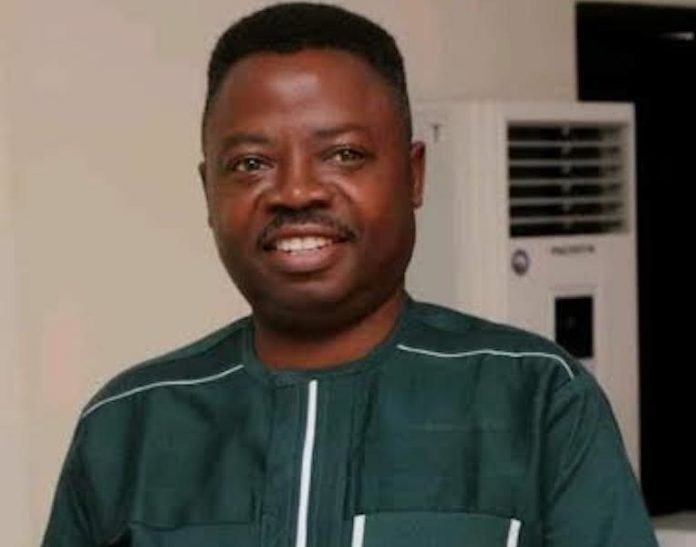 Dr Bolaji Akinyemi is the President of Voice of His Word Ministries and Chairman, Board of Trustees of Project Victory Call Initiative, AKA PVC NAIJA, an NGO that inspires citizenry’s consciousness for good governance.

He is also the convener of the Apostolic Round Table (ART) which promotes the unity of leadership within the body of Christ as well as Community Ambassadors for Peaceful Elections (CAPE).

In this interview, he stresses that political consciousness for good governance is the concern of every Nigerian citizen.

He also sheds light on the NGOs’ agenda and programme of activities, their roles in the recent governorship election in Edo State as well as the forthcoming one in Ondo and other sundry issues.

CAPE and ART have been parts of formidable instruments you have been deploying to advocate peaceful elections in Nigeria. What actually inspired their founding?

Dynamism of vision birthed both platforms. My commitment to see a greater and better Nigeria started with activism since my student days in the tertiary institution. But the passion was reduced by my spiritual zeal for prayers after I got born again and was called into ministry. But I later I realised that prayers per se were not enough. So, I ventured into deep political advocacy and education by establishing Project Victory Call Initiative aka PVC-NAIJA.

This in view of the fact that political consciousness for good governance should be a thing of concern to every citizen of this country. Until we are properly informed and show concern within the context of our rights to good governance, the dividends of democracy would continue to elude us.

Then, we would remain perpetually at the mercy of bad leaders who are feeding fat on the fortunes of our nation at the expense of the masses. This must not continue. It is against this background that we ‘invented’ formidable machinery such as PVC-NAIJA, CAPE and ART to anchor programmes on how to liberate the masses from the vagaries and shenanigans in the political circle and to hold political leaders accountable for good governance and nation-building.

So, basically, the activities of PVC-NAIJA focus on good governance and nation-building. However, I returned to my constituency (the church) with the massage for church leaders to come together for a remodelled leadership to save the nation from any form of political captivity. This gave rise to the Apostolic Round Table (ART). But CAPE is a project to experiment with our model designed to drive leadership shift in 2023 and in Edo 2020.

It collaborates with ART and PVC NAIJA to aggregate the church towards swinging the pendulum of power in favour of Nigerian masses.

Your programmes in Edo ahead of the election was with a big bang, in view of the overwhelming crowd that participated. What do you think are the secrets behind the huge support which is a clear testament that CAPE and ART have come to stay?

It was by God’s amazing grace. Initially, we were tagged strangers from Lagos. Our last programme on the platform of ART was tagged LAGOS, Leaders After God’s Own Spirit. Don’t forget that Edo people have a phobia for Lagos. This complicated things. Consequently, we were practically shot out, but then people forgot that I am not a stranger to Edo politics. Our platform in the days of prayer approach to politics was the biggest in 2012. All we did was to activate that structure and the newly built Banquet Hall of the Government House in Edo became too small to accommodate our crowd. We registered over 53,000 people out of our projected 180,000 figure and still growing.

What are your plans to replicate the Edo success in Ondo in the October election in the context of fresh strategies?

Ondo will be a lot easier because we will be working among people who speak the same language (Yoruba) with us. We are not envisaging the suspicion element that slowed down our operations in Edo. It’s unfortunate that tribal “trees” can’t bear national fruits. We hope to sound this to the Ondo people through the church. CAPE is a church concept. And as we have always done, we shall be working to aggregate the church to promote nation-building through good governance. With the high-quality programmes that our team have already put in place and our availability in the state, the Ondo election shall be a bumper success. Our contributions by God’s usual leadings, which reflect our objectives will surely count just as people’s votes must also count in the exercise. This has been our dream and focus and that is why we are on the ground in Ondo to make our inputs. All we need is an embrace of our programmes and participation so that we can achieve the success dream together.

There are indications that you are partisan in your programmes, following your prayers for Godwin Obaseki ahead of the Edo governorship election which went viral on the social media. What is your reaction to this?

I am not CAPE. I am Bolaji Oluwayanmife Akinyemi. As an individual, I am entitled to my persuasion. Obaseki is a phenomenon. He represents the future and a new order of doing politics without thuggery and hooliganism. Everywhere we turned to in Edo, the only thing the people had against Obaseki was that he is not sharing money. My response to that is always that you can’t eat your cake and have it. My question to the people has always been that, is he performing? And the answer has always been that no other person can match him since 1999 in terms of creditable performance.

You are a full-time minister of God and have run church ministries successfully. What is the fate of the ministries now that you have shifted much attention to politics? Are you not worried that tongues of your members and other Christian leaders that are conversant with your pastoral calling could be wagging with an impression that you have abandoned the pulpit?

The pulpit has not been abandoned but taken to the market place of politics to ensure that kingdom values are deployed to drive governance. I am not contesting for any political position. We should rather worry about people like Pastor Tunde Bakare who are vying for a political office. My apostolic ministry is still up and running and blessing lives across the country. So, I won’t allow anything to rub humanity of the blessings.

Are CAPE and ART always available to execute programmes in all national elections as they did in Edo and will be doing in Ondo in October or you would only do so if invited by any state government holding election due to the great impacts you have been making in the political firmament of this country?

CAPE is a political invention for intervention to aggregate communities based on their interests for optimal benefits in politics. Politics is a space ruled by self-interest. But it will make a little or no difference, except people cluster based on their own interests to play the game and engage with stakeholders. Edo was our first theatre of practice. Now that the model has proved successful, we are ready to assist our people in pushing their interests to enshrine democracy and guarantee good governance in any state through the election in preparation for the ultimate SHIFT 2023!

What are your core programmes, activities, messages and their relevance to sociopolitical development?

We have a series of programmes. They are streamlined to give direction to our nation. For instance,

Ilu-Ogbon is a PVC-NAIJA’s model for Lagos. We bring the best of minds together to discuss and proffer solutions to the dilemma that our Centre of Excellence has become. It holds yearly towards the end of May to add values to the anniversary celebration of the creation of Lagos.

The Confluence is PVC-NAIJA’S biggest target. It is built on a narrative of nature that defines our nation at Lokoja, the subsuming of Benue identity under that of Niger. This signifies the need to think less of our ethnic differences for our national identity to thrive. We celebrate the cohesion and unity identity in every October. We would continue to use the significance to educate Nigerians to be conscious of and overcome the politicians’ threats to our national unity and cohesion in the build-up to the 2023 national election.

Another core programme is Night 4 NAIJA. It is our way of celebrating political productivity and good governance. Its slogan is New Era. The era stands for our core values in the political space which is the enlightenment of the masses through political education, recognition of outstanding political achievements and award as a reward for such stallions. Our last event every year is scheduled for December, which marks the year with glitz, glamour and glory.

Agenda 4 Restructuring is our project that engages the House of Assemblies and the National Assembly with a view to charting a course for restructuring and good governance.

The Spirit of LAGOS is another programme anchored by the ART. It holds every January through which we teach leadership values. The next meeting will be held in Kaduna in January next year with the theme: “One Man.” It is intended to emphasise the message that only one man could be needed to change the course of history. Chairman Mao was that man for China, Abraham Lincoln for America, Zayed Bin Sultan did it for the Emirates, Lee Kuan Yew did it for the Singaporeans. I can go on and on.

There is one man out there, ordained by God and prepared through life’s experiences to take that lead in 2023. The men are not two, he is just one. But who is he? Ours is to go through lessons learnt from history and leadership, guide Nigerians through traits of character and expressions of charisma and trust which I am sure will point out the man.

What is your take on the Edo election that ended in favour of the opposition party, the PDP?

Edo was a miracle made possible by the people. We often say that with God all things are possible. The connection of man with God is always a miracle. Do I need to remind you of the football miracle that took place for us in the city of Daman? A political underdog was pitched with not just one heavyweight, but several of them.

But the people affirmed that democracy is a game of number and created a challenging slogan: “Edo no be Lagos. 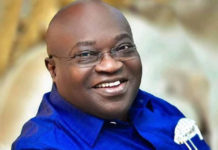 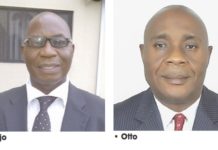 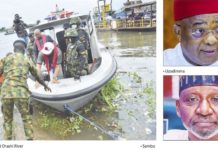