The Federal Capital Territory (FCT) Police Command said it has restored normalcy in the Dei Dei area of Abuja, following the outbreak of civil unrest in the area on Wednesday.

Police Public Relations Officer, Josephine Adeh, who made this known said the police has also commenced an investigation to unravel the immediate cause of the unrest and the damages done just as it advised the public to go about their lawful duties without fear of being harassed.

Adeh in a statement issued Wednesday night, while assuring that the police would continue to sustain the relative peace restored, promised to communicate its findings on what really happened to the media in due time.

The statement made available to Daily Sun reads: “Following the outbreak of civil unrest at Building Material market, Dei Dei area of the Federal Capital Territory (FCT) at about 11:30 am today 18th of May 2022, comprehensive deployment of tactical and intelligence assets of the Command led by the Commissioner of Police CP Babaji Sunday psc drifted swiftly to the scene to ensure that the unrest is being nipped in the board and managed, forestalling the destruction of private and government infrastructures, loss of lives and properties and to restore normalcy to the situation.

Consequent to the above, the Police in a concerted effort with other State apparatus upon arrival at the scene, managed the uproar preventing further disintegration of law and Order.

In addition to the above, Police monitoring and surveillance to ascertain the cause of the outbreak of violence, sustain the relative peace restored, and affirm the resultant level of damage is ongoing. Findings will be communicated in due time.

Furthermore, members of the public are urged to shun participating in the promulgation of unverified news about the incident capable of reigniting the extinguished flame of violence. Residents are enjoined to desist from any form of violence and disobedience to law and order but to rather remain vigilant and report any suspicious or abnormal occurrence to the Police through the following emergency lines: 08032003913, 08061581938, 07057337653, and 08028940883, While the Public Complaint Bureau (PCB) desk, could be reached on: 0902 222 2352, 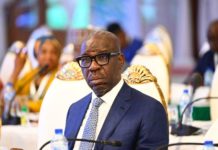 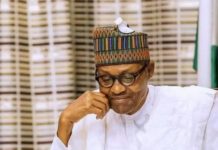 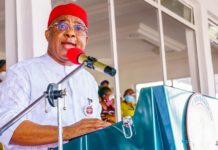