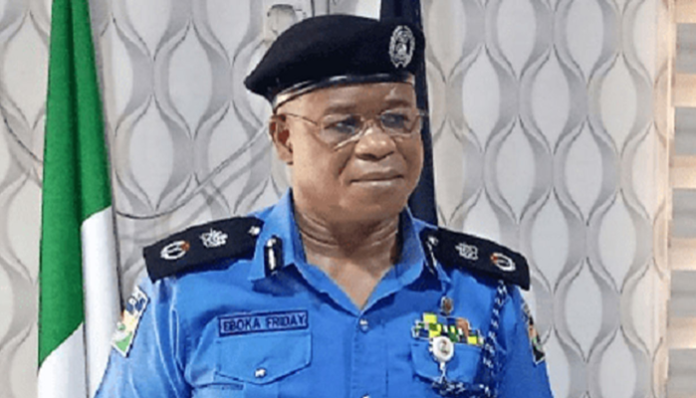 The Rivers State Police Command has arrested a man, identified as Kelechi, whose lover was found dead at their residence on Woke Street, Chirubim Road, Mile 3, Diobu, Port Harcourt.

The state Police Public Relations Officer, Grace Iringe-Koko, a Deputy Superintendent of Police, on Monday, said the suspect was detained at the State Criminal Investigation and Intelligence Department.

Iringe-Koko noted that the state Commissioner of Police, Friday Eboka, had ordered a full-scale investigation into the allegation that the suspect knew what led to the death of his lover, Ifeoma Uzoigwe, aka Oyibo.

The victim’s body was discovered by neighbours in December 2021, as the odour from her decomposing remains took over the compound.

A police source told that Kelechi fled the house some days before neighbours discovered Uzoigwe’s corpse.

The caretaker of the compound, Mr Chinonye Anurum, said the suspect was arrested by the Nkpolu Police Division with the help of his family, who trailed him to his hideout one month after the incident.

Anurum explained that Kelechi was handed over to the SCIID, adding that he (Anurum) had been invited to make another statement after the first statement he wrote in December when he first reported the incident to the police.

Meanwhile, a rights group, Centre for Basic Rights Protection and Accountability Campaign, commended the role played by the family of the suspect in his arrest.