A group of women and youths from Plateau State has purchased and presented All Progressives Congress (APC) nomination form to Minister of Women Affairs, Pauline Tallen, to contest Plateau South senatorial seat.

Felecia Bala, leader of the women presented the form to Tallen in Abuja and urged her to contest the senatorial election and give credible to women in 2023.

Bala said the group of women and youths arrived at the decision based on the antecedent of Tallen in providing welfare for the people and giving credible voice to women and children.

She maintained that women and youths contributed to purchase of the form for the minister without her knowledge as a way to show their appreciation and to further represent them at the national level.

“We are all convince you have done well as minister. You have provided voice to the women and children and this laudable initiative will not just go like that.

“It was on this account that we all put together our resources to purchase the APC nomination form for you to contest the Plateau South senatorial seat in 2023.

“The women and youths of Plateau South see you as a mother to women and children in Nigeria and want you to be our voice at the National Assembly, reason we purchased the form for you,” she said

Tallen, while receiving the form, said the numerous challenges facing women were due to lack of representation in governance as women had no voice on issues affecting them.

She appealed to the youths to stay away from hooliganism and join forces with the women to establish the change they desired as they have the numerical strength to make a bold statement in the 2023 elections. 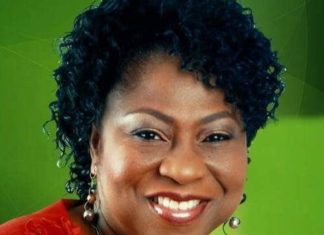