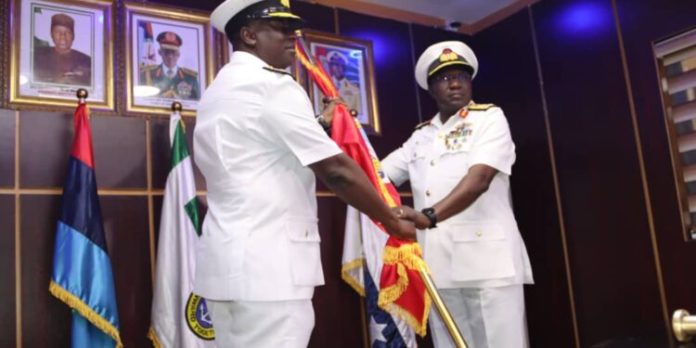 Nigerian Navy, yesterday, said the incidences of piracy within Nigerian waters and the Gulf of Guinea have reduced considerably.

According to Gbassa, who spoke during his farewell parade, to curb the incidences of piracy, the Western Naval Command, under his watch, initiated series of operations to combat the menace of piracy, illegal oil bunkering, drug trafficking and other related crimes within the command’s area of responsibility.

He said: “We conducted EX OMI MIMO (CLEAR WATER) to enhance the security of the command’s maritime domain, EX OLUSO, a harbour defence exercise aimed at working up the ships and Operation OKUN ALAFIA to consolidate the gains of enhanced security in the nation’s maritime environment and maintain credible presence at sea with over 7,000 hours of patrols.”

He said the reduction in the incidences of piracy was due to the cumulative effort of the command’s operatives, adding that, “the command recording the lowest number of incidences of pirate attacks and sea robbery in the last 28 years and by extension, the Nigerian Maritime Domain and the Gulf of Guinea in general as attested to by the International Maritime Bureau Report of 2021.

“Further to this, the command arrested several high-profile vessels and persons involved in drug trafficking. Specifically, the arrest of MV CHAYENEE NAREE and MT KARTERIA conveying cocaine from Brazil to Nigeria and, thereby, effectively disrupted the international illegal trade on the route.

“Also, working in partnership with the Nigerian Port Authority, we midwifed the transition from the Secured Anchorage Area to the Lagos Anchorage Area, in compliance with a Federal Government directive aimed at enhancing the ease of doing business in our country.”