Mukthar stated this on Friday at the closing ceremony of the Armed Forces Command and Staff College (AFCSC),Jaji  bi-annual sports competition for the year 2022,  which had  300 athletes participating.

The News Agency of Nigeria (NAN) reports that the athletes were drawn from the headquarters of the AFCSC, as well as Land, Maritime and Air warfare departments.

A total of 14 sporting events featured in the competition, namely  football, tennis, volleyball, handball, swimming, squash, badminton, golf,  Basketball, scrabble and tug of war, among others.

The GOC said sports are normal activities which formed part of the curriculum of the College.

“Physical fitness or events like this reduces stress and makes the personnel more productive, and also brings about sportsmanship between various departments, services and civilian staff.

“I know sports as one of the easiest activity that brings people together to cooperate towards achieving the same aim, which is to ‘victory’.

Muktar said he was not surprised by the spectacular performance of the atheletes, adding that most of them engaged in sports.

According to him, there is a specified kilometers of race which they must cover before passing out, either in the senior or junior course.

Earlier, the Commandant of the AFCSC, AVM Olurotimi Tuwase, said  that Sports engagement was one of the requirement in the training of middle cadre officers to prepare them to assume staff and command responsibilities.

He said that sporting activities were not only to enhance the personnel fitness, but also ensure they imbibed spirit of corporation in team work.

“As the case is in having a winner or a looser, there is always a message to go with, which is working harder by the winners in order to maintain the top position even in the field, to sustain victory in battles,” Tuwase said. 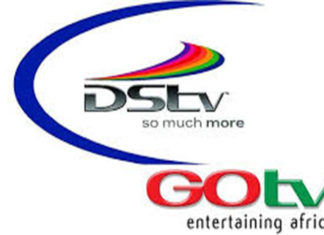