The Labour Party (LP) has condemned the new reality show, Big Brother Naija tagged:’The Titans’, saying it was a distraction to the Nigerian youths.

Dr Yunusa Tanko, the Chief Spokesperson of the LP presidential Campaign Committee, (LP-PCC), stated this during a press briefing in Enugu, on Wednesday.

According to him, it is targeted at distracting them from casting their votes on the election dates.

Tanko alleged that the reality show was being sponsored by one of the major opposition parties, to distract the youths from voting for their choice of candidate.

Newsmen reports that the television programme is designed to hit the airwaves by Jan. 15 barely 40 days before the general elections.

“The essence of this press conference is to alert the ever-vibrant Nigerian youths of the hidden agenda behind the new reality show tagged: “The Titans”.

“We have credible information that it’s being sponsored by one of the major opposition parties to distract the Nigerian youths from changing the leadership that has placed them in perilous times laced with abject poverty,” he said.

He stressed that the information made available to them revealed that the son of one of the presidential candidates in active collaboration with others visited South Africa to hatch this plan.

“As a party with the sole aim of turning our dear country into a place where poverty, unemployment, ‘japa’ will be seen as a taboo is being threatened by an opposition that hates the Nigerian youths with passion.

“The Big Brother Naija ended not long ago, why the ‘Titans’ now that we are facing a major election that will determine the future of the Nigerian youths,” he queried.

Tanko said that the reality show now was laced with a lot of unforeseen dangers for the youths because their attention would be divided.

“As a party, we are not against reality shows because it helps the Nigerian youths to break the poverty line but for now, for the common good of all, it should be shifted to another convenient date. 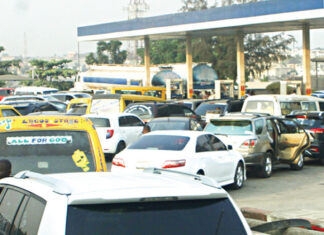