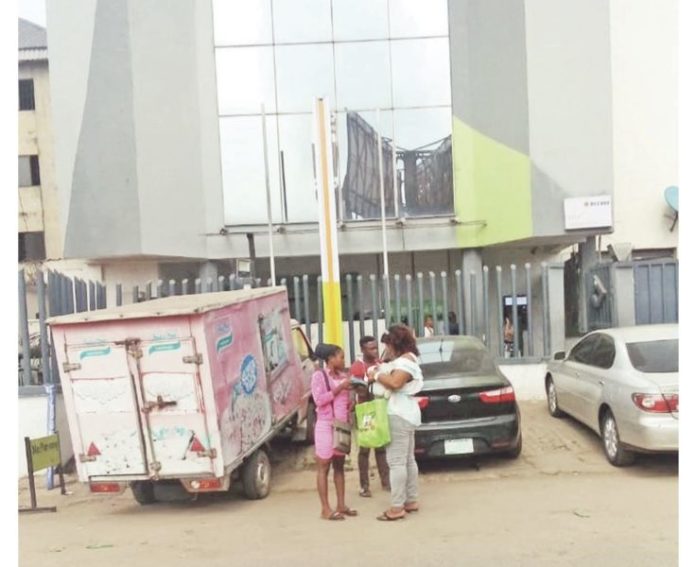 “Every little thing that goes wrong, we blame Buhari. Buhari, Buhari! What has Buhari got to do with my money that these useless people in this bank refused to give me? I asked for N300, 000 and only N100, 000 was given.  None of their ATMs is dispensing cash and today is December 31. They are all thieves and if you check well, all these POS operators were hired by these bank managers.”

These were the angry lamentations of Chief Stanley Nwoke, a Lagos-based businessman who was in Abia State to visit his parents during the Christmas and New Year celebrations.

Just like Chief Stanley Nwoke, several Nigerians have been crying out over the perpetual scarcity of funds in banks and the increase in the number of POS operators around banks. Many described the development as a ploy by bank owners to rip off desperate Nigerians in need of cash.

When Saturday Sun visited several banks in Umuahia in Abia and Lagos States, many POS (Point of Sale) operators were seen lobbying account holders to patronise them instead of stepping into the banking hall or using the ATM (Automatic Teller Machine).

Customers were made to pay as much as N300 to withdraw N10,000 while those operators in isolated areas collected as much as N500 for each N10,000 withdrawn.

In almost all the banks visited between December 27 and January 6, only one ATM point was dispensing cash. This lasted for an hour before the entire point will cease to dispense cash.

The private security personnel of the banks would simply explain that there is no cash and that the machines would not be stocked again till the next working day.

Along Bank Road in Umuahia, one of the security men of a new generation bank (GT Bank) simply said that he did not know when cash would be available. “If you really need cash, go and use POS (Point of Sale). They only come to drop N200,000 and disappear. One person will clear the money at once. Even inside the banking hall, it is not available. It is POS operators that can give you cash very fast. I guess they get their cash from CBN (Central Bank of Nigeria).”

Meanwhile a bank manager with a new generation bank, who pleaded that his name should not be mentioned, blamed the scarcity of cash on the reduction in cash deposit.

“The demand for cash during the season is always much and there is less deposit. It’s not our fault; these POS operators besiege the bank as early as 7.30am and it is first come, first served policy that we are doing. They will come and withdraw millions and go. It takes time to access much cash from the central vault during festive seasons. This only happens during the season. I believe the operators now take advantage of the shortage to convince those desperate to collect cash to patronise them.

“The truth is that the bank makes more money if customers use POS or ATM. There are charges and it goes to the bank. Nigerians should learn and join the cashless policies all over the place. All our mobile applications were functional during the season.”

But not many customers believe his story. Obviously bitter, an account holder claimed that he had to pay N15,000 to withdraw cash from POS.  “I travelled down to Abia from Abuja to organise my father’s memorial service, and because of the level of insecurity in the country, there is no way I will carry so much cash with me. The event was on January 8, 2022 which was a Saturday and I went to the bank on Wednesday to withdraw N900,000 needed for the event. I went to three of my banks in Umuahia, but I could only withdraw N450,000. They all claimed that there was no cash in the vault. I went to the ATM machine, same story. To cut the long story short I had to pay N15,000 to those POS operators to get N500,000 cash.

“The most annoying part was that one of them who saw me walking in majestically warned me that I was his only source of cash. It is sad but what can I do but to pay and collect cash?”

Another customer told Saturday Sun that himself and other customers refused to exit the banking hall when they were told that cash was no longer available.

“On December 30, I got to the bank around 12pm and people were sitting and waiting. They claimed that there was no cash inside and all their ATM were no longer dispensing. We waited for an hour and they started paying based on the money they were receiving from depositors. They even told us that we cannot withdraw more than N100,000. The money that I suffered to save is what the bankers are saying is not available. We threatened to break down the bank if we were not attended to. One of them came and told us to go and withdraw from POS. It was then that the noise started. They had to lock the bank to stop more customers from entering. It was then that they brought money and gave everyone that was in the bank.

“When I came out, POS operators rushed to offer their services and they were shocked that we got cash. It is not right to leave us at the mercy of these people. They were collecting N400 for every N10,000.”

Laughing in excitement, one of the male POS operators who was spotted in front of a new generation bank was seen shouting at a middle-aged man heading into the banking hall. “There is no money in the bank, don’t waste your time. If you want N1.5million cash, I have it in my bag,” he confidently told the man. And indeed, in less than 10 minutes, the man stepped out of the bank and started walking towards another bank looking frustrated.

On why he was so confident, the operator said that indeed there was no cash in banks at the moment. “I told you that he will come out of the bank. All these POS operators that are hanging here withdrew not less than a million each from the banks. We also emptied the ATM machines and the people have no choice but to patronise us. It’s a strategy and we decided to do it and help ourselves to draw customers. Banks no longer have cash because of mobile bank transfers. I know that the charge is much but if you calculate how much it will cost you to get to the nearest bank and queue, it is cheaper to patronise us,” he said.

Another operator who introduced herself as Chidinma said she joined the business months ago. “I just finished my final exams and I am awaiting result. This is just a small way of making money and it is good. Before the season, we were collecting N200 for every N10,000, but now it is N300 or N400 depending on the demand. I am so happy I have made enough money to pay for my school project and final clearance,” she stated.

On where she got cash, Chidinma claimed that she usually got to the bank around 7am. “I was among the first to enter. I was able to withdraw N700,000 this morning and I have less than N250,000 left and it is just 1pm. If I have less than N50,000, I will go and take more but it will cost me. We normally tip the people in the cash room to keep money for us.”

Another POS operator told Saturday Sun that since the season is over, his fellow operators would move to banks close to the market and stay. “Most times we are the ones causing this artificial scarcity. We simply come on time and mop up all the cash in the bank. During festive periods, people do not save money, they just spend so much money.

“We now concentrate our energy around business districts. If you clear all the money in the ATM, majority will be forced to use POS. I do not have any insider in the bank, I only opened six accounts and shared my money in all the accounts. As early as 6am, I will withdraw enough to take me for the day or enter the banks and withdraw more. The price has reduced to N200 unlike during the season when we even collected as much as N500 for every N10,000.

“The demand was too much in the east because of so many events. On December 31, people withdrew up to N3million from me in Abiriba, Abia State. I was lucky that I had a club owner in Umuahia who gave me cash that he generated plus the one I got from the bank in the morning. I don’t know about others, but I get my own money from banks through the regular process. We are back in Lagos and I now hang around Ikeja Computer Village axis. We thank God for creating a stable source of living for us, but if you are not careful, armed robbers will snatch your bag. This is why we stay closer to banks; they don’t come here.”

Another female operator who bragged that she would never run out of cash alleged that about ten of them were getting constant cash supply from their boss, a bank manager. “This is not my personal business. My boss works in the bank. He makes sure that we do not lack cash. The man has made so much money through POS. We are about eight of us in Ikeja alone. I am seriously saving money to start my own POS business before Easter,” she told the reporter. 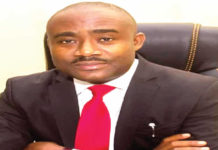 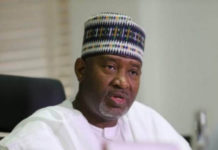 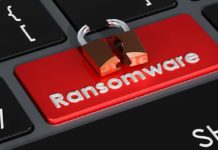