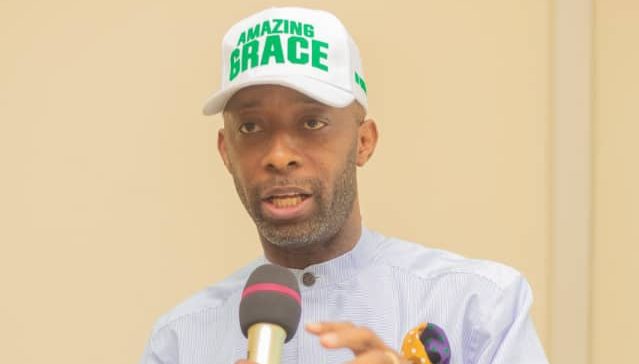 Statutory delegates comprising select ward and chapter officers, former elected officers of the People’s Democratic Party (PDP) in Akwa Ibom State have dared the state government come out to publicly endorse the former speaker of the state House of Assembly, Mr Onofiok Luke, for the governorship in 2023.

Coming on the platform of Great Supporters of Onofiok Luke, the party men and women numbering more than 250 said they have resolved to support Onofiok Luke for the governorship in 2023 irrespective of the antics of the state government to unprecedentedly endorse one aspirant.

Speaking for the group, Mr Abraham Joshua Udoekong said they have seen in Onofiok Luke, the capacity, character, love for the people, ideas and passion to drive economic and social development of the State, as such they have decided to come forward and endorse him for the general good of Akwa Ibom people.

Mr Udoekong said they gave themselves the mandate to scout for and mobilise committed delegates for Onofiok Luke, who currently is the chairman of the House of Representatives

“We are taking this bold step for the general good of our state. We started mobilising ourselves for Onofiok Luke’s governorship project in 2020; today we have mobilised delegates to come here and endorse Onofiok Luke. We believe in him, we will vote for him.”

Udoekong said they were not perturbed by recent political happenings in the state, insisting that their resolution to support Onofiok Luke at the party primary was absolute.

Other members of the group who spoke at the meeting said it was time members of the PDP took their destiny into their hands by voting their conscience and not persons chosen for them.

“There was a time we were looking for delegates; now delegates have seen the truth; they are now coming for Onofiok Luke.”

Brownson said and reassured them that Barr. Luke would not betray the confidence reposed in him by the group and the Akwa Ibom people.

Receiving the PDP delegates on behalf of Mr Luke and the Amazing Grace campaign organisation, Mr Imo Udo, lauded them for the bold action they had taken.

“I thank you for adopting Barr Onofiok Luke as your sole candidate for the governorship in 2023. Onofiok Luke is one man who is associated with good works and I believe that is why you want him to be governor of Akwa Ibom State. We need a good man on the saddle of governorship and Onofiok Luke has demonstrated in words and actions that he is a good man.”

Udo urged the group to carry on their mobilisation peacefully. “Our sole focus is to make Onofiok Luke the governor in 2023,” he said.

The group said; “We have seen the divine oil of anointing on Onofiok Luke’s forehead. Therefore, we have endorsed Onofiok Luke as our sole candidate for governorship.”

Chapter coordinators of the group who spoke at the event Mr Sylvanus Effiong, Mr Abia Monday, Mr Eyo Thompson Udo and Mr Inyene Usungurua, commended Luke for keeping faith with Akwa Ibom people who earnestly need him to be their governor in 2023.