The Electoral Committees from the National Working Committee (NWC) of the Peoples Democratic Party for the conduct of the State House of Assembly (SHOA) and Federal House of Representatives (FHORs) Primary Elections in Enugu State have expressed satisfaction with the exercises, describing them as peaceful, transparent and orderly.

The two electoral committees which gave their separate verdicts when they supervised the conduct of the primaries in the state, on Sunday, commended the Governor Ifeanyi Ugwuanyi-led leadership of the PDP in Enugu State for galvanizing the delegates in displaying utmost commitment, discipline and comportment during the peaceful exercises.

Speaking at Udenu Local Government Area, where Solomon Onah was unanimously elected for the House of Assembly, the Chairman of PDP National Electoral Committee, Uche Igbokwe, lauded the electoral process of the primary election, expressing delight at the presence of the officials of the Independent National Electoral Commission (INEC) at the event.

In Nsukka LGA, where the primary elections for Nsukka East and Nsukka West constituencies were conducted, Igbokwe, on behalf of other members of the electoral committee, also commended the peaceful conduct of the exercise.

Led to the venue of the primary election by the dtate Deputy Chairman, Innocent Ezeoha and the Organising Secretary, Dr. Christian Iyiani, the Committee applauded the delegates for their sincerity of purpose and decorum, expressing satisfaction with the electoral processes put in place by the State Working Committee. In Enugu East LGA, the SHOA Primary Election Committee, pointed out that “everything is going on peacefully” stressing that “we have gone to several LGAs and we have seen that everything is going on perfectly well in Enugu State”.

They thanked Ugwuanyi for his uncommon leadership role in Enugu State in particular and the PDP South East zone in general, revealing that the governor is the one that has kept state chapters of the party in the zone going.

Supervising the Federal House of Representatives Primary Elections, the National Electoral Committee led by Aminu Koko equally described the exercise in the state as peaceful, transparent and credible, maintaining that they were satisfied with the electoral process and convivial atmosphere. 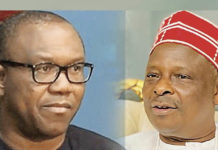 Obi, Kwankwaso yet to agree on presidential candidate, running mate 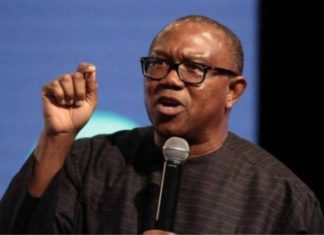