A major crack has hit the Peoples Democratic Party (PDP) in Bayelsa State over the Bayelsa West senatorial district seat ahead of the 2023 elections.

This is as appointees of Governor Douye Diri have ignored warning to stay away from open politicking.

Party members West have been caught in the brewing political war over moves by some chieftains that want former governor and incumbent Senator, Henry Seriake Dickson from Sagbama Local Government to retain the seat and those that wants the seat to rotate to Ekeremor Local Government in line with the zoning arrangement.

Ekeremor Elders Stakeholders Forum of the PDP opposed to Dickson or any other Sagbama politician from contesting the Senate had over the weekend fired a petition to the state PDP insisting that the zoning agreement for National Assembly between Sagbama and Ekeremor should be strictly followed.

The forum led by Chief Martins Agbede who presented a copy of the zoning agreement to the state party executives warned against throwing caution to the wind because it was the turn of Ekeremor to fill the Senate seat.

Deputy chairman of the forum and former Bayelsa governor’s representative to the Nigerian Content Development and Monitoring Board, Donald Daunemughan, called on the party to uphold the zoning agreement to maintain peace and harmony in Bayelsa West.

But those in support of Dickson have disclaimed the zoning agreement and have thrown their weight behind Dickson.

The forum convened by the deputy speaker of the Bayelsa State House of Assembly, Michael Ogbere, which also had in attendance the Chairman of Ekeremor Local Government  Area, Dr. Bertola Perekeme. passed a resolution to buy expression of interest and nomination forms for Dickson

Also in attendance at the meeting in total defiance of the directive of Diri against open politicking were the Commissioners for Transport, Mrs Grace Ekiotene and his Labour and Employment counterpart, Stanley Braboke.

To demonstrate its seriousness about its resolution, the forum raised N10 million to buy the nomination form for Senator Dickson. They said the donation was in appreciation of the good deeds and developmental projects Senator Dickson brought to the people of the area during his tenure as governor.

They noted that against all odds, Dickson backed, supported and handed over to their son, Governor Douye Diri, who is maternally from Ekeremor.

The forum implored the public to dismiss those it called mischief makers “bent on dividing the party with propaganda on purported zoning which has never been implemented or respected in the senatorial district at any time in history.” 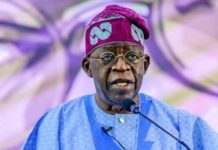 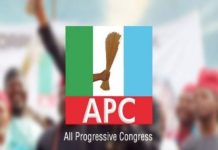