Peoples Democratic Party (PDP) has again altered its timetable for primaries to choose its candidates for the 2023 general elections.

The new timetable indicated that state congresses to nominate PDP governorship candidates would hold on May 25.

Daily Sun gathered that the adjustment is traceable to the disputation on conduct of congresses to elect delegates that would participate in the nomination of candidates in some of the states.

States where there are issues include Abia, Lagos, Edo, Imo, Anambra, Ebonyi and Kano. It was learnt that the disputes have made it impossible for PDP to publish the list of its delegates ahead of the primaries.

A notice jointly signed by Senators Iyorchia Ayu and Samuel Anyanwu, national chairman and national secretary, respectively, indicated that primary for the nomination of state Houses of Assembly candidate would hold on Saturday, May 21, while primaries for House of Representatives and Senate would hold on  May 22 and  May 23, respectively.

It would be the second time the PDP would be rescheduling the conduct of its primaries to nominate candidates for governorship, states and National Assembly seats.

The opposition party had originally scheduled its state Houses of Assembly, National Assembly and governorship primaries for May 7, 12 and 21 respectively. However, the party later rescheduled the nomination of the state assembly candidates for May 18, House of Representatives, May 21, Senate, May 22 and governorship

Meanwhile, Daily Sun, learnt that an invitation has been extended to former President Goodluck Jonathan to participate in the May 28/29 national convention of the PDP by the chairman of the Protocol and Venue Sub Committee and Benue State governor, Samuel Ortom.

Jonathan and Ortom met yesterday in Abuja for over 40 minutes. Though the two did not speak to the press on the details of their meeting, sources said Ortom, who was a cabinet member of Jonathan’s government, had gone to officially invite him for the congress. 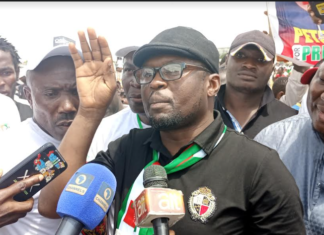