An aspirant for the Enugu East Urban Constituency ticket in the Enugu State House of Assembly, Ugwu Okwudilichukwu has emerged flagbearer of the Peoples Democratic Party (PDP) for the 2023 general election.

He was returned unopposed at the primary election of the party held at Community Primary School Amorji Nike near Nkwo Nike in Enugu East Local Government Area.

Speaking to newsmen at the end of the exercise, Ugwu disclosed that the authentic delegates of the party decided to organise the primary after they were denied entry into another venue of congress at the Enugu East  Local Government Headquarters.

He also stated that all efforts made by the authentic delegates to gain entry into the local government headquarters failed as they were chased away by security agencies.

He thanked all the delegates for believing in him, adding that officials of INEC attended the primary election where he emerged as the PDP candidate.

Meanwhile, the exercise was yet to commence by 1pm at the Enugu East Local Government headquarters where there was heavy presence of security operatives.

Daily Sun gathered that parallel primaries were held at different locations in the state. 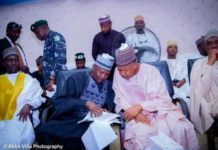 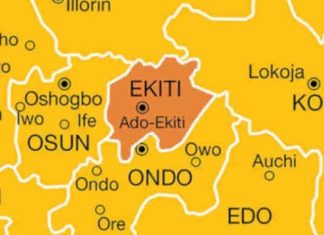