Former National Vice Chairman (South West) of the People’s Democratic Party (PDP), Bode George, has warned the party against accepting the congress carried out by its former Lagos State chairman, Deji Doherty, saying the court ruling against him may cost the party the elections.

In a press conference at his Ikoyi office on Monday, George said Lagos State High Court had last year ruled against Doherty and reinstated former caretaker chairman of the part in the state, Adegbola Dominic, as the legitimate chairman. He said if the party accepts the executive produced at the congress carried out by Doherty, it risks losing the election.

He also urged the PDP to move its national convention which is scheduled to take place on May 28 and 29 from Abuja to Lagos due to the fact that the All Progressives Congress (APC) would also hold theirs at the same venue on 30 and 31.

“It is important to point out that Deji Doherty was removed by a court of competent jurisdiction, therefore any congress he conducts is null and void under the law. It will be better to avoid any of the candidates that emerged from the congress he conducted so that in future, no one will tell you that the election is illegal.

“I want to use this medium to speak on the venue for the convention. APC wants to hold their national convention on May 30 and 31 and we are holding ours on May 28 and 29 in Abuja. How is that possible? People would arrive for the PDP convention two or three days before the day and APC delegates would also arrive a few days before theirs. This could create confusion which would be disastrous for us.

“Because we want to impact positively in the minds of Nigerians that we are better managers without encumbrances, to move our convention from Abuja to Lagos. Which tribe in Nigeria does not reside in Lagos? If you want to fly or come by water or road, you would get here. There are many hotels, from one star to five stars. Holding it in Lagos would completely cut off any plans by the APC to want to scuttle our convention.

“On the issue of zoning, a memo was done and the first paragraph of that communique identified that zoning and rotation remain absolutely sacrosanct in PDP. It remained the cultural and political spinal cord of our party. In other words, people should not think that we have forgotten zoning. It remains very important in our party.

“It now went further to state that the former managers of our party, when they should have announced zoning to decide whether the presidential candidate should go to either the north or the south. But because they didn’t do that, everybody came out. Now that we are a few weeks to the convention, would it be right for the party to now say this person can contest or this person cannot contest?

“People have started campaigning, even members of the same family and you cannot rob Peter to pay Paul. How would you tell those who have been spending money and time not to contest because you have zoned it? How would they feel? A divided party would be a defeated party.

“On this basis, I appeal to everyone to cool their tempers and let us go to the game. I know that this is something that has never happened in our party. On the day of the convention, all the six geo-political zones will present presidential aspirants and you can see that we need God’s intervention. We need a man who will put Nigeria before himself and would without fear or favour and irrespective of your religion. I believe so much in prayers so we should forget what has happened. It is a new experience. The ability of our party to rise above that would be a measure of conviction to the electorate that we are better managers,” he said. 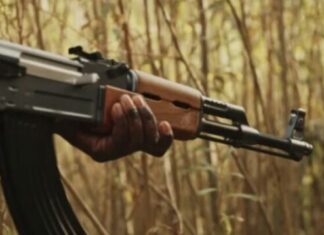