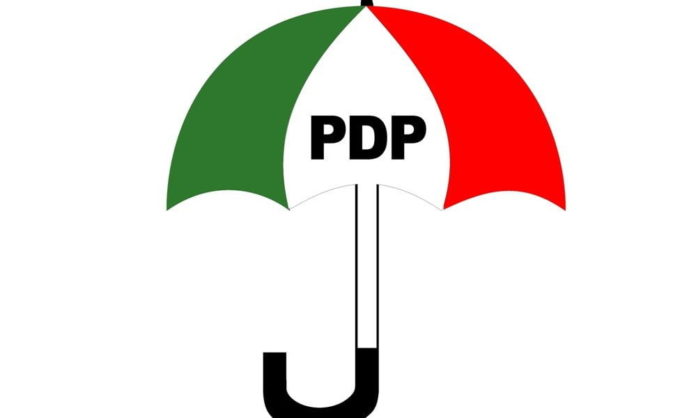 The Osun State chapter of the Peoples Democratic Party, PDP, has dissociated itself from the killings and wanton destruction of goods and properties that characterised the 3 man ad-hoc delegates’ congress on Wednesday, February 23, 2022.

The party also appealed to the Osun State Police Command to carry out a thorough investigation into the unfortunate death that occurred during the ward congress.

While appealing to members of the public to disregard rumours of violence in the concluded congress, it assured that the party remained resolute in ensuring peace and order in the State.

In a statement by Ayodeji Areola, the party’s Publicity Secretary, the party revealed that the death recorded in Iwo local government was as a result of a clash between two rival gangs which had been having a running battle over a financial transaction.

Areola also explained that findings revealed that the mother of the deceased is a member of the All Progressives Congress (APC) in Iwo, who had participated in the last gubernatorial primary election on Saturday, February 19, 2022, with her late son.

The Osun PDP Publicity Secretary while noting that the fracas that led to the untimely death of the man had occured before the commencement of the party ward congress in Iwo, added that the desperation of some detractors to link violence to the congress was a mischievous and mindless machinations of enemies of PDP in the State who are clearly jolted by the conduct of the congress and the attendant outcome.

While warning that it had credible intelligence that friends of the deceased were reportedly regrouping for a reprisal attack on the other gang, the Osun PDP charged the State police command to carry out thorough investigation and not to allow itself to be dragged into political frivolities.

Meanwhile, Dele Adeleke, a gubernatorial aspirant on the platform of the Peoples Democratic Party (PDP), has condemned the violence that characterised the Osun ad-hoc delegate congress on Wednesday, February 23, 2022.

Adeleke also commiserated with the families of party members who lost their lives during the altercations, which occured at Ipetumodu, Ife North and Iwo, Iwo local government areas of the State.

Speaking through a statement obtained by DAILY POST on Thursday, Adeleke who held that politics should be free from barbarity and intimidation, added that management of varied interests and conflicts was one of the attributes that makes man higher than animals.

Condemning the violence, Adeleke stated that, “The PDP is a political party that should set example of peaceful conduct and all well-meaning leaders must rise to condemn this act of thuggery, violence and inhumanity that some persons within the party, displayed yesterday.

“We are well aware of the persons within the party who are trying hard to foist their desires on other members through any means possible. We know their antics and we can only remind them that only God has the capacity to enthrone and to dethrone.

“We were all alive in 2018 when despite at the precipice of victory, the PDP by a strange twist of fate, ended up losing the election. This reminds us that no matter what we do as individuals, the final verdict on our ambitions will still come from God.”

Recall that violence was reported during the 3-man ad-hoc delegates congress of the Peoples Democratic Party, PDP, in Osun State on Wednesday, February 23, 2022.

The State government, early on Thursday, also issued a statement through the Commissioner for Information and Civic Orientation, Funke Egbemode where it strongly condemned the violence.