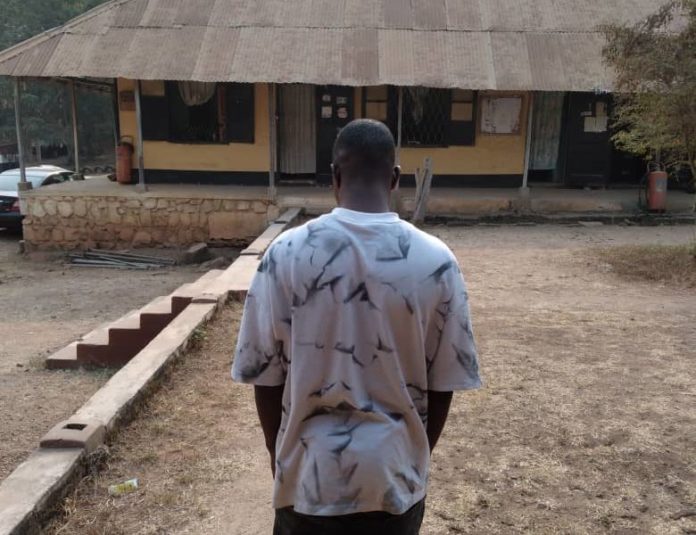 Disclosing this via a statement made available to DAILY POST on Thursday in Osogbo, the spokesperson, Adigun Daniel, revealed that the suspect was arrested at his residence, Zone 6, Apete Area, Owode-Ede, on Wednesday, January 26, 2022.

Adigun, who disclosed that Johnson, a National Diploma (ND) certificate holder from Auchi Polytechnic, Edo State, stated that the suspect had fraudulently advertised on his Instagram handle the sales of eggs in a non-existent farm called Choice Farm he was operating which is located in Ogbogbo, Ijebu Ode, Ogun State.

The Osun NSCDC spokesperson explained that he had successfully scammed a 37-year-old Halima Ashifa, a resident of Sango Ota, Ogun State, before luck ran out for him.

According to Adigun, “Halima Ashifa signified interest in the supply of eggs and established contact with the suspect.

“The money was deposited in a GTBank account, which the suspect claimed was the account belonging to his company secretary. Whereas, the account number actually belongs to a Point Of Sales (POS) operator at Owode-Ede.”

While disclosing that the crime committed by the suspect was tantamount to obtaining money under false pretence, Adigun stated that he had violated Section 1(1) A(C) of the Advanced Fee Fraud and Other Related Offences Act, 2006.

He explained that he contravened the act because he fraudulently obtained money from his victim knowing that he had no eggs for sale and he did not own any poultry farm.

The command spokesperson, however, stated that the suspect would be charged to court in due course because he has volunteered confessional statements to confirm his culpability.