A traditional ruler in Osun State, Oba Hammed Makama, has condemned the linkage of former Chief of Army Staff, Ambassador Tukur Buratai, to the recent recovery of N1.8 billion meant for defence procurement by the Independent Corrupt Practices and Other Related Offences Commissions (ICPC).

The monarch who is the Olowu of Kuta in Ayedire Local Government Area warned the people against tarnishing the image of Buratai, who he said has contributed his quota to the progress of the country.

Speaking at a press conference held in his palace on Tuesday, the monarch alleged that some people are waging a media war against Buratai because they did not succeed in removing him while in office.

He said, “let it be known that we have credible information that several faceless NGOs have been paid to embark on a campaign of calumny and destruction against the person of Buratai.

“Let me state that those trying to pull him down will have so many of us to contend with, hence they are advised to desist from media terrorism against Buratai.”

The monarch who is the Chairman of the Owu council of Obas alleged that there has been a series of unsuccessful attempts to remove Buratai and failure, which led to a smear campaign against him.

“After all unsuccessful attempts to get him removed from office before his time, they have now begun to run a smear campaign against him, by ascribing the ownership of a house in Wuse, Abuja, where operatives of the ICPC raided and recovered huge cash and other luxury items, to him.

“The media terrorism directed at Ambassador Buratai by some people that felt threatened does not start today. Even as a Chief of Army Staff, facing the insurgency and banditry then, proffering leadership to the Army, they still put the blame that supposes to be put at the table of the Minister on his table,” the monarch added. 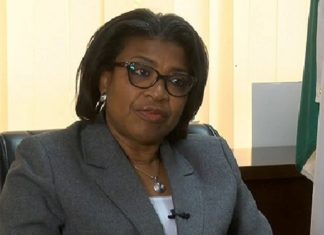