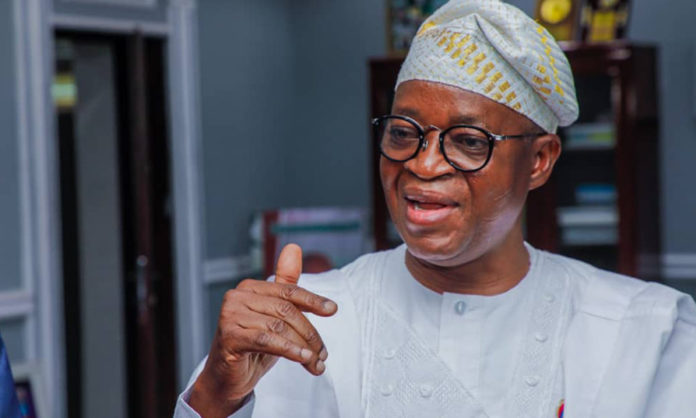 Osun State Governor Adegboyega Oyetola has boasted that alumni associations have contributed over N2 billion to the education sector as a result of the review of education policy by his administration.

Speaking at the 60th anniversary of St. John’s Grammar School, Ile-Ife, organised by the Old Students Association, Saturday, he said many old students association are now relating with government and also investing hugely in infrastructure provision in their alma mater.

Represented by the Commissioner for Education, Folorunso Oladoyin, Oyetola commended the SJOBA for setting the pace for other schools alumni to follow, saying his administration’s vision is to deliver a 21st century education and gradually tackle the rot that has taken over education, especially in public schools.

He said, “Since the reform of education policy that we carried out, we have attracted over N2 billion intervention fund from old students across the state.

“We thank you for your quick intervention in the structural renewal of your school infrastructures, we are immensely grateful that you heeded our call for a partnership between the government and all stakeholders in the education sector to move education to the next level. Infact, your own student association set the pace and since your massive intervention old students of other schools have followed suit.

“I remember you injected close to N150 million last year or the year before and since your intervention, other old students have followed suit, Ilesha Grammar School inject almost N150 million, St Lawrence injected about N65 million, among many others.

In his benediction, Bishop of Osogbo Diocese, Catholic Church, Lord Bishop John Oyejola said the government must do more to revamp public education for the sake of the common man since politicians no longer send their children to public schools.

“It is unfortunate that the Europeans came and plan a good future for us, but we cannot replicate the same for our children. We must rise for the youths. The building built by the government is already dilapidated while those built by missionaries still stand. We must learn to begin to do the right thing for the benefit of the youth,” he added.