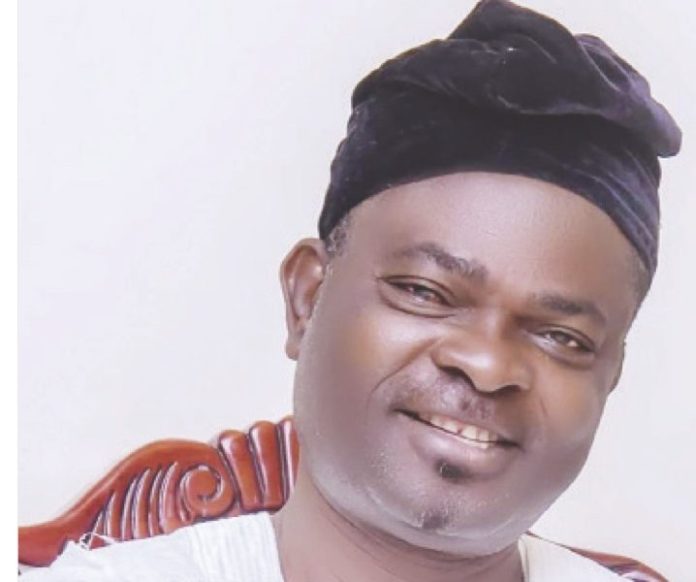 Hon.  Rotimi Makinde represented the Ife Federal Constituency, Osun State in the House of Representatives in the 7th Assembly.

He was deputy chairman, Human Rights Committee in the 7th Assembly and was reputed for his outstanding performance.

Makinde was cornered by Sunday Sun in Lagos where he opened up on the recent Osun governorship primary, the real issues, the rift between Governor Oyetola, Rauf Aregbesola and former Lagos State governor, Bola Tinubu.

He also talked about the Southeast sentiments concerning the 2023 presidential slot, the Tinubu presidential ambition and his rumoured sickness, among other critical issues. Excerpt:

Osun State governorship primary has come and gone with its anxiety, accusations and counter-accusations. What is your take on the outcome, on some of the things that transpired, particularly on the disagreement between Governor Oyetola and his god-father, Aregbesola?

Well, you cannot talk about the Osun primary without talking about the events before the primary. The truth is that the people really needed the return of Governor Oyetola for a second term. Oyetola on his own has done well in terms of governance; he touched the hearts of the people by doing or executing projects that they wanted, he prioritized his democracy dividends to the people and provided exactly what the people wanted from him. He knows the desires of the people and we went towards delivering them. He covered a lot of mileage in providing service to Osun people. He reversed some policies of the previous administration that the people, perhaps, felt was unpopular. I think it was the yearnings of the people that called for some reversal of some previous projects of his predecessor. There were also some other things he did that endeared him to the hearts of the people. So, with what he has been able to accomplish people felt he deserves a second term. The primary was more of the wish of the people.

How would you react to the altercation between Governor Oyetola and the Interior Affairs Minister and former governor of the state, Ogbeni Rauf Aregbesola?

I think it’s unfortunate, but I felt they will reconcile without the issue dragging to such length. It was not a good experience because even the position of some of us was misunderstood. In some camp they saw you as a betrayal, but in politics such situations sometime happen when you are misunderstood, but overtime you will be vindicated with your action. I am close to Governor Oyetola and I also have so much respect for our former governor, Ogbeni Aregbesola, so you see I was in a dilemma because any statement one makes no matter how objective, how good, it’s bound to be misunderstood in some quarters. Some people did not understand my position, but I am not one who will want to clash with my mentors. In fact, I found myself at a crossroad because, here you are dealing with your mentors, so it is not out of place that some people will misunderstand or misinterpret your position. For me, all I wanted is for peace to reign, but you know the nature of our politics, some will seize the opportunity to insult or abuse you, call you names, especially some of those individuals seeking for political relevance. There is no gainsaying the fact that Governor Oyetola has done well, but when you say such some people will kick. But that will not change the truth that he did well and the people can attest to it. I was not surprised finding myself on a crossroad because I am equally a stakeholder in the state, having been in the House of Representatives. My utmost concern is how to ensure that the leadership bar is raised and Governor Oyetola is on track. I pleaded with Ogbeni (Aregbesola) to understand the situation of things and align with the reality on the ground. I was actually cautioning that the situation should not degenerate, but somehow my warning was ignored. I hold both Governor Oyetola and Ogbeni in high esteem. Of course, what has happened or is happening is not strange in politics, sometimes, you disagree to agree. What has happened is not beyond reconciliation, so I do not expect people to blow it out of proportion. I was running away from not being trapped in the sad development, but how far can one run on issues like this when you are equally an insider. In issues like this there is no way you will not demonstrate where you stand, some people expected to see me bashing Ogbeni and for me that is not political maturity and as I said earlier in politics you disagree to agree, no doubt, many will call me names, some say I am an ungrateful element, some say I was disrespectful and disloyal, if not an ingrate, but I believe that anybody that demonstrate ungratefulness to somebody, especially one that has helped you is a sign of clashing with God. I am simply suing for peace and that will continue to be my position. In politics we learn sometimes from others mistake, so we ought to be careful about making some unavoidable mistakes.

Advertisement
One has to manage his reputation with caution. I expected Ogbeni to manage his anger given his clout in politics, some people see me and they say, this is Ogbeni boy, of course, I  cannot erase him from my history, but I must confess to you that I totally disagree with his position on the issues that were raised . I feel unhappy with the development, but I know there will be reconciliation because no matter the way anyone will look at it, it’s still a family matter.

You have spoken concerning Governor Oyetola and Ogbeni Aregbesola, what of the disagreement between Ogbeni and Asiwaju Tinubu?

I still think that Ogbeni should have been more careful or cautious in his attack on Jagaban (Tinubu) because I know that he holds Asiwaju in high esteem. He should not have been provoked to a level of saying certain things. As an elder there is the need to talk with caution, there is need to bridle our tongue concerning certain sensitive issues because certain things we say today may haunt us tomorrow in our relationship. I used to envy him when he normally says, after Asiwaju it is God and he keeps telling us that Asiwaju rewards loyalty. What has transpired to me is unfortunate. Respect is give and take and I expect him to thread with caution.

Transparency International latest report on Nigeria under the leadership of the All Progressives Congress (APC), your party is damning…?

(Cuts in) I am still studying the scenario, but Transparency International cannot be our watchdog. Nigeria is an independent community and nobody is in doubt, that this government is making all frantic efforts to tackle corruption. One thing is sure, it is no longer business as usual and a lot of corrupt people are facing the music.

The leading opposition party Peoples Democratic Party (PDP) is accusing your party, APC, of being jittery, the reason they are shifting endlessly their national convention…?

(Cuts in) That is our in-house problem and we are tackling it. PDP has their own big problem, let them concentrate on their own headache. There is heavy log of wood in their eyes, let them remove it first. There is no chance for the PDP again because APC has outclassed them with solid performance. We have good reasons we are postponing our convention, let PDP concentrate on their crisis which is burying them each passing day.

The Southeast is accusing the Southwest of being insincere having had  eight years under President Olusegun Obasanjo and at present, a Vice President (Prof Yemi Osinbajo) about to complete an eight year tenure.

Southeast are not positioning themselves well to demonstrate their belief in the entity called Nigeria and coming to APC as a party, to what extent has the Southeast be fairing? To what extent is the root of the APC in the Southeast? Democracy is about number, including how you play your game, how you position yourself. Let them demonstrate their absolute confidence in the entity called Nigeria. I have nothing against the Southeast, I have many of them as my friends but in politics power is not served a’la-carte as we all know. Let them have a second look on the type of politics they play. Let them re-examine their type of politics.

When people criticize the APC government at the centre led by President Buhari that there is bad governance in action, how do you react?

Well, government is a continuum. No one government comes to power and tackles every problem. People have a right to criticise, but it should be objective criticism. But in all, it is Nigerians that must choose and if you perform it will reflect in the ballot. APC is fixing the needed infrastructure and more and nobody can deny that.

As a member of SWAGA (SOUTHWEST AGENDA FOR ASIWAJU), how do you feel or your reaction when critics lash out on Asiwaju Tinubu on his alleged health challenge?

It is ridiculous. Those people saying all the nonsense don’t know the man’s true health situation. But for crying out loud, who is sure that he will be alive tomorrow? The issue of life and death is in the hands of God. We have seen a situation where a patient is being treated by a doctor and the doctor, who is believed to be healthy, will even die and nothing will happen to the patient. People must be careful when they mock others based on their health. It is in the hands of God for us to live or die. 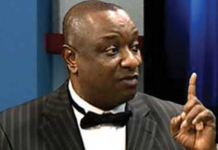 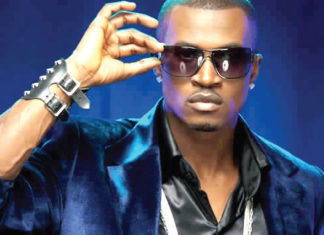